Rabat - Moroccan police have allegedly seized MAD 170 million, equivalent to about USD 17 million, at the house of Zine El Abidine El Houass, and the, member of the parliament and mayor of Had Soualem, a town near Casablanca, according to Moroccan newspaper Akhbar Alyoum in its June 29 issue.

Rabat – Moroccan police have allegedly seized MAD 170 million, equivalent to about USD 17 million, at the house of Zine El Abidine El Houass, and the, member of the parliament and mayor of Had Soualem, a town near Casablanca, according to Moroccan newspaper Akhbar Alyoum in its June 29 issue.

According to the same source, El Houass is being held in custody for blackmail, falsification, abuse of power, intimidation, forgery and use of forgery and corruption.

The whopping amount of money was allegedly found in form of bundles of MAD 200 papers, and an additional amount of more MAD 30 million was found in his bank account.

According to the same source, people acquainted with the arrest of the MP have neither confirmed nor denied the seizure of MAD 170 million in his house.

El Houass had previously been arrested by the police under instructions from the Attorney-General at the Casablanca Court of Appeal, following complaints from contractors and companies in Had Soualem.

The parliamentarian’s conduct was exposed following the reception of 80 million centimes, which he considered to be a “gift” and not a bribe. During the investigations, the unidentified person who gave El Houass the money explained to the police that he was blackmailed by the town’s mayor, who forced him to provide 80 million centimes if he wanted to obtain a license to build a housing division.

During his hearing by the police, the mayor of Had Soualem was faced with a number of questions and accusations of embezzlement of public money and bribery, especially related to real estate investments.

According to Moroccan daily newspaper Akhbar Alyoum, a number of real estate developers and contractors asserted that they had acquired housing licenses and work permits only after the payment of large sums of money toEl Houass.

The investigations also revealed that large sums of money were transferred to the accounts of his wife, mother in law, and some of his family members to avoid suspicions.

El Houass who has now been stripped of his duties as mayor, was prevented from traveling at Mohammed V International Airport a few days ago under the instructions of the Attorney-General pending investigations by the members of the National Police and Judicial Police. He explained his sudden travel decision to be his and his family’s interest in performing Umrah, 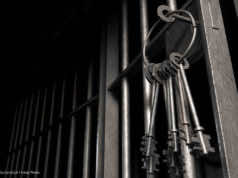 18 Officials Imprisoned in Salé for Bribery and Drug Trafficking