Rabat - Government spokesperson Mustapha El Khalfi said on Thursday that the 66 Rif detainees who claim to have been tortured during Al Hoceima protests will undergo medical examinations.

Rabat – Government spokesperson Mustapha El Khalfi said on Thursday that the 66 Rif detainees who claim to have been tortured during Al Hoceima protests will undergo medical examinations.

“All requests made by Rif detainees to investigate their claims that they were tortured have been accepted”, said El Khalfi during a press conference.

He asserted that King Mohammed VI gave orders to medically examine any detainee who says he has been tortured.

The spokesman revealed last week that 93 detainees were being prosecuted. 42 people are currently held in custody in Casablanca, while 40 others are detained in Al Hoceima, the epicenter of Rif protests. Another detainee is being prosecuted in Nador.

Throughout May and June, dozens of activists in the Hirak (protest movement in Al Hoceima in Rif region) were arrested and prosecuted with heavy charges, including “undermining state security” and “undermining citizens’ loyalty to state institutions”.

The release of these detainees has been a top priority for the population of Al Hoceima and nearby towns.

Several lawyers have volunteered to represent the detained protesters, while intellectuals, politicians and human rights activists have issued numerous calls to release them.

Families of detainees were hoping they would be included in the King’s list of pardon for Eid al-Fitr on Sunday, when the monarch granted clemency for 562 convicts, but none were included.

The government has said that while the detainees await trial,the issue is in the hands of the judiciary.

On Wednesday, Head of Government Saad Eddine El Othmani said he wasconfident that the justice would ensure a fair trial for all of the arrested protesters.

Tensions increased in the region followinga big wave of arrests in late May. As a result, the largely peaceful protest movement gradually descended into violence.

As a response to the massive security presence which aimed to stop demonstrators from gathering, protesters threw rocks and petrol bombs at the security forces, thus contributing to more escalation in the region.

Back in October 2016, protests broke out as a response to the death of local fish vendor Mouhcine Fikri. The young man was trying to retrieve his merchandise of protected sword fish, confiscated law enfoorcement officers and thrown into a garbage truck, when he was crushed by the truck’s compactor.

The protests awakened Moroccans to the economic hardships in the city which had been for decades marginalized under the rule of King Hassan II.

Hirak Rif: Trial of Zefzafi and Other Detainees Postponed to November 11 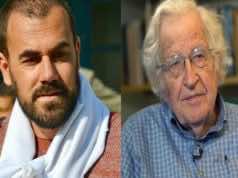 Hirak Detainees Satisfied Over Officials’ Sacking, Hope to Be Released