Rabat - Tarik Chadlioui, a Belgian-Moroccan Islamic preacher, has been arrested at his house in the inner-city area of Birmingham, England, on suspicion of recruiting  would-be jihadist fighters for the Islamic State (ISIS). 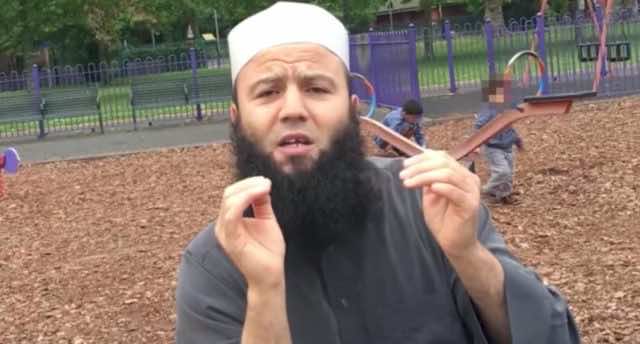 Rabat – Tarik Chadlioui, a Belgian-Moroccan Islamic preacher, has been arrested at his house in the inner-city area of Birmingham, England, on suspicion of recruiting  would-be jihadist fighters for the Islamic State (ISIS).

43-year-old Chadlioui, is a father of eight children who arrived in the UK in 2015. He was wanted by Spanish anti-terror police, who issued a European arrest warrant for six people, including Chadlioui, on suspicion of spreading violent online videos of ISIS in order to attract, radicalize and recruit youth into the ranks of ISIS.

Chadlioui, who is from northern Morocco, moved to Europe where he forged links with Sharia4Belgium, a group that is trying to apply Sharia law throughout Belgium and Europe. He is expected to appear in court in London later after being remanded in custody until July 5th.

Spanish Ministry of Interior issued a communiqué saying that the police investigation started in 2015, after it was discovered that Chadlioui promoted recruitment videos, indoctrination and the travel of young jihadists to Syria.

Four men were arrested in Majorca and two more in the UK and Germany, according to Spanish authorities. The four men who were based in Majorca had been organizing secret weekly meetings aimed at recruiting young people to join ISIS in the conflict zones. The country has arrested 178 “jihadist terrorists” since June 2015.

“The allegations in the European Arrest Warrant could scarcely be more serious,” said District Judge Shenagh Bayne. “The warrant relates to terrorism offenses, the framework list is ticked at participation in a criminal organization and terrorism.