Rabat - Gabriela Michetti, the vice president of Argentina, has said that Morocco is an “important and strategic country” for Argentine foreign relations and will “open Buenos Aires to the world.” 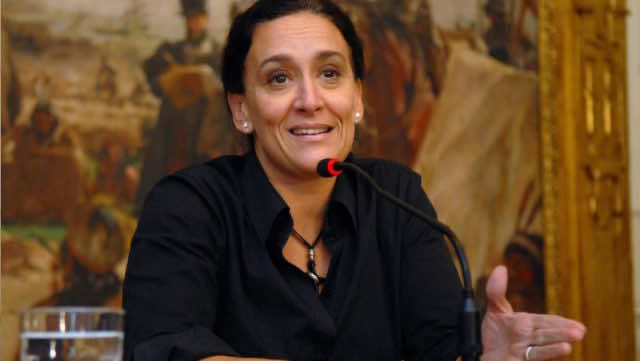 By
Chloe Koura
-
Chloé Koura is a final-year student of Arabic and Latin at the University of St Andrews.
Jul 7, 2017

Rabat – Gabriela Michetti, the vice president of Argentina, has said that Morocco is an “important and strategic country” for Argentine foreign relations and will “open Buenos Aires to the world.”

In an interview with MAP before her four-day visit to Rabat on July 11, Michetti described the kingdom’s return to the African Union (AU) as “a very important step.” The vice-president placed high value on the relations between the two countries and said she hoped Morocco could “lead us [Argentina] to Africa.”

In return, Michetti said that Argentina could offer a gateway to Latin America and a convergence between the continents of Africa and South America. Highlighting her country’s eagerness to progress on an international scale, she said of Argentina, “While knowing about Latin America, we don’t know much about Africa.”

President of the Argentine Senate, Michetti, said she had decided to take a working visit to Morocco because the kingdom had “succeeded in obtaining a clear identity and creating an identity and importance recognised internationally.” She continued that Morocco is the country that “best reflects Arab-African culture” and that the South American nation highly esteems their relationship, giving it “a great importance.”

The Argentine official said that bilateral relations could be developed at different levels, especially regarding trade. In order to do so, steps should be taken to promote mutual understanding and encourage relationships between the two cultures.

Michetti said the relationship between the two countries could be strengthened by the arrival of Argentine tourists in Morocco and Moroccan tourists in Argentina. “Every person who has visited Morocco returns happy, speaking about all their experiences as well as encouraging others to go there.”

The minister disclosed that members of her family had recently been to Morocco – her parents were astonished by the kingdom’s “ancestral beauty,” while her brother took part in a car competition, returning with “very beautiful memories.”

Consequently, in order to promote tourism, Michetti said that a variety of elements must be enforced: economic, cultural, academic, scientific and social.

During her visit from July 11 to 14, the minister intends to highlight Argentina’s experience in technical and scientific research and explore joint renewable energy opportunities with Morocco.

Michetti praised Morocco’s green initiatives, describing the kingdom’s project to launch the world’s largest solar power plant as an “example to follow,” and lauding the 2016 COP 22 environmental conference in Marrakech. The minister stated that the conference was “very important” in showing Morocco’s achievements and presenting them to the world.

The vice president announced potential plans for cooperation on human rights, relaying plans to share experiences of the two countries. Michetti is due to meet representatives from Morocco’s National Council of Human Rights when she arrives next week.

Argentina’s vice president is optimistic that the two countries have a fruitful future. She said that their relationship can be reinforced the framework of a South-South cooperation, as well as the capacity of the two countries’ capitals to achieve a higher development than expected, thanks to open policies of the two.

Morocco and Argentina established diplomatic relations in 1960, and the South American country supports Morocco’s stance over the Sahara issue. In 2003, the-then Argentine President Eduardo Duhalde said: “In this era of globalisation, Argentina will not tolerate separatism and the creation of microscopic entities.”