Social media users have circulated a video of a Air Cairo flight between Kuwait and Dubai whose passengers begin panicking due to the lack of air conditioning. 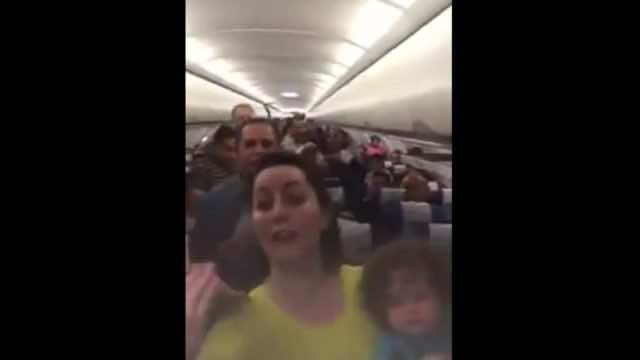 Social media users have circulated a video of a Air Cairo flight between Kuwait and Dubai whose passengers begin panicking due to the lack of air conditioning.

The video showed passengers angry and suffocating from the absence ofair conditioning on the plane.

The Union of Egyptians Abroad explained that “people continued to suffocate and the security of the company refused to open the door of the plane for children and women to catch a breath before it took off.

The situation continued from midnight until 3 a.m., resulting in fainting of children and women, including serious health ailments due to heat and high humidity inside the plane and lack of oxygen.”

The union added the plane was not opened until an Italian passenger intervened andthreatenedto contact the Italian embassy in Kuwait.