Rabat - The first volume of the Multidimensional Review of Morocco by the Organization for Economic Co-operation and Development (OECD) is stirring the ire of Moroccan ministers of economy and industry, who deem the report to be “unfair.”

By
Chaima Lahsini
-
Chaima Lahsini is freelance journalist and activist with the Al-Fam collective in Rabat.
Jul 12, 2017
Spread the love

Rabat – The first volume of the Multidimensional Review of Morocco by the Organization for Economic Co-operation and Development (OECD) is stirring the ire of Moroccan ministers of economy and industry, who deem the report to be “unfair.”

For the OECD, the Moroccan economy is “dynamic and internationalized.” Boosted by key sectors such as tourism, agriculture and phosphates, the kingdom managed to outstrip its traditional strong points and capitalize on new industries such as the automotive and aeronautics sectors.

However, despite its strong level of openness, the Moroccan economy is still “poorly competitive and stagnant,” believes the OECD.

In the first volume of its Multidimensional Review of Morocco the OECD did not chew its words, pointing out the kingdom’s volatile economic growth, a development model that suffers from serious disparities, and incoherent public policies that hinder economic development. Mohamed Boussaid, Minister of Economy and Trade, had a hard time swallowing the criticisms yesterday during the presentation of the report in Rabat in the presence of the head of government.

“The Moroccan economic model needs to be reworked,” agrees Boussaid, adding however, that it does not need to be “revised from top to bottom.” The Minister of Finance, while conceding to the diagnosis of the experts of the OECD, has not confirmed all its conclusions.

According to the OECD, the Moroccan development model is suffering from “serious imbalances.” While the Kingdom has experienced a strong accumulation of capital over the last few decades, the emergence of new competitive activities in industry and services, as well as a sustained activity in construction and public works, it remains confronted with relatively low growth, stagnating labor productivity and a relatively high level of unemployment.

For the OECD, Morocco’s development strategies are dire need of reviewing, due to this striking contrast between the good sectoral indicators and the low aggregate result.

Since the early 2000s, Moroccan economic growth has indeed picked up, but the OECD says that “its pace remains lower than that of middle-income countries,” reflecting lower growth in GDP per capita than in many other countries.

According to OECD experts, national economic growth is not driven by productivity, but rather by the accumulation of capital. And despite the high level of investment,  with one of the highest rates of public investment in the world (30 percent), there has been no significant increase in growth. This striking contrast is explained by the OECD as being due to “stagnation of the level of productivity” along with the structure of the economy as a whole.

Basically, the organization says, “the dynamism of Moroccan development is insufficient to achieve its ambition to join the emerging countries.”

For Boussaid, things should be put in their rightful context. Over a time lapse of 16 years, Morocco has made an impressive economic jump and managed to double its GDP.

The minister concludes that the country’s economic model has worked well so far, but needs to be adapted to new national and regional challenges. For the minister, public indebtedness has actually increased, under the pressure of public investment which almost doubled from MAD 465 billion in 2010 to 884 billion in 2015.

In this context, since the beginning of the global economic crisis in 2008, Morocco has nevertheless managed to maintain an average growth rate of 4 percent with a growth potential of 5 percent in the future.

The OECD does not disagree. Despite a sustained growth of 5 percent per year, and notable successes in some sectors such as aeronautics and the automotive sector, “the Moroccan economy is struggling to capitalize the development of sectors capable of driving economic growth and generate employment,” explains the organization.

As both Boussaid and Elalamy, the Minister of Industry and Trade, pointed out, the OECD agrees that the business climate has improved, but for the organization, many barriers still hamper the competitiveness of the private sector, such as “corruption, difficulties in obtaining financing or competition from the informal sector.”

According to the OECD, these obstacles “prevent the country from seizing every opportunity to undertake a profound structural transformation” and “threaten, in the long term, the good positioning of Morocco abroad.” 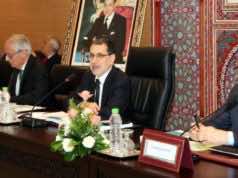 Morocco to Strengthen Its Strategic Partnership with OECD

Morocco’s Standard of Living Equal to France’s in 1950: World Bank 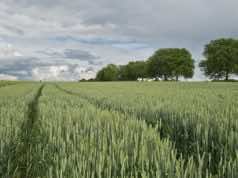 World Bank Expects 4.1% Growth Rate for Moroccan Economy in 2017 Due to Agricultural Rebound