Toronto - Online travel website, Travel + Leisure, has awarded their number one spot in the MENA region for hotels to Morocco’s Kasbah Tamadot, located in the foothills of the Atlas Mountains. 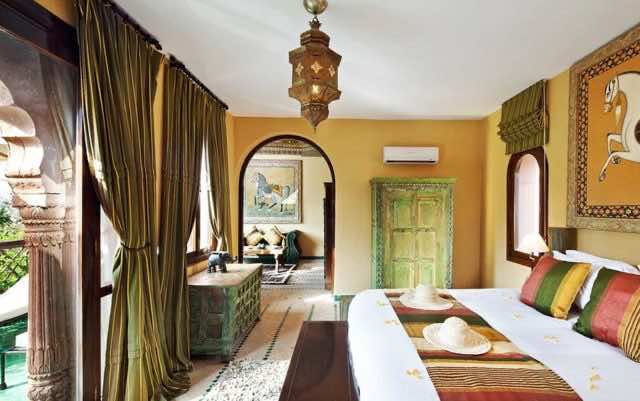 By
Constance Renton
-
Constance graduated from the Television and Radio Broadcasting Program at Canadore College in 1983.
Jul 13, 2017
Spread the love

Toronto – Online travel website, Travel + Leisure, has awarded their number one spot in the MENA region for hotels to Morocco’s Kasbah Tamadot, located in the foothills of the Atlas Mountains.

During a 1998 ballooning expedition in Morocco, Virgin mogul Richard Branson’s parents took a drive into the foothills of the Atlas Mountains and discovered a little piece of paradise known as Kasbah Tamadot.

When Branson next set foot on solid ground he was presented by his parents with an offer he dared not refuse; to buy the Kasbah Tamadot and turn it into Morocco’s best-kept travel secret.

The Kasbah celebrated its grand opening in 2005, following two years of extensive and painstaking renovations, designed to allow guests the feeling that they are in their own Moroccan home.

The World’s Best Awards winner boasts 28 sumptuous rooms, ten of which are luxury Berber tents. Moroccan zellige tile work accentuates the traditional décor and antiques from around the world, creating a truly “magical place,” according to Branson himself.

Guests can enjoy spa treatments and daily excursions through Berber villages which surround the retreat.

The resort’s Kanoun Restaurant features delicious regional dishes and tajines. There are also cooking classes, offered each afternoon to guests where they get to create a three-course meal.

Speaking of their visit to Kasbah Tamadot, one guest revealed: “I hated to leave the Kasbah, as it was the perfect place to unwind after a visit to busy Marrakech.”

Kasbah Tamadot also serves as an important local economic boon, employing 140 people, 99 percent of whom have been hired locally. “We are a family here in this hotel,” boasts one employee.

Since its opening the Kasbah has built a loyal clientele, each eager to keep the Kasbah a secret. With its newfound ranking as Travel+Leisure’s new #1 World’s Best Awards recipient, the Kasbah’s magic is about to get a lot more popular.