Rabat - Following a triporteur accident that killed one and injured 10 in Tangier on July 16, the State Secretary to the Minister of Equipment, Transport, Logistics, and Water has said that the ministry has taken note of the risks of using these vehicles as a means of transportation but is not authorized to monitor whether citizens and triporteur owners respect the law. 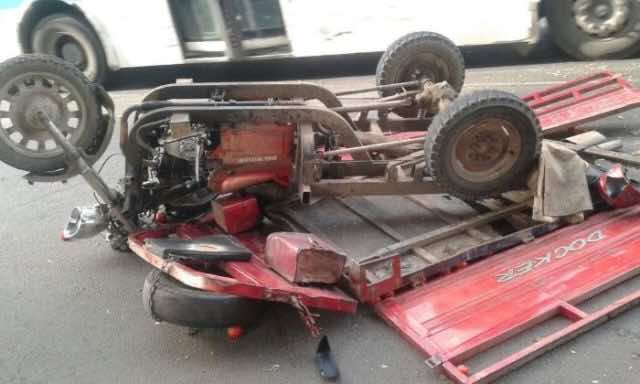 Rabat – Following a triporteur accident that killed one and injured 10 in Tangier on July 16, the State Secretary to the Minister of Equipment, Transport, Logistics, and Water has said that the ministry has taken note of the risks of using these vehicles as a means of transportation but is not authorized to monitor whether citizens and triporteur owners respect the law.

“This matter is of concernfor the Ministry of Interior, national security in the cities and the gendarmeries,” asserted State Secretary Najib Boulif.

The 35-year old vegetable seller who drove the vehicle was arrested on July 18, after a two-day police search. A 17-year old boy was killed and 10other passengers, who were mostly minors, were seriously injured after the driver lost control while trying to avoid a lorry and ended up crashing into a wall.

The deceased teenager’s mother said she would never forgive the driver. “One does not drive in this way down a slope with humans on board…It is scandalous, how could one take such risks?”

The teenager’s death has caused outrage among the local community, who have criticised the growing use of triporteurs as a means of human transport rather than goods transport.

“Triporteurs have been allowed to boost commercial activity in cities and enable people to have a source of revenue, but instead they take the place of taxis,” Mustapha Herrak, director of Tangier’s Matriculation Center told Medi1tv.

After the incident on Sunday, theWali of Tangier started a campaign to arrest those who use the vehicle incorrectly, with 30 arrested thus far.