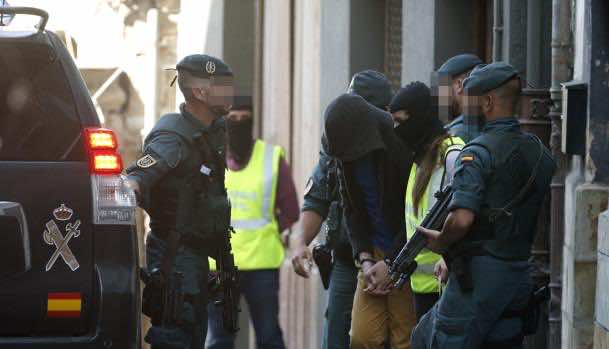 Juan Ignacio Zoido, the Minister of Interior tweeted: “The Guardia Civil in Biscay have arrested a 22-year old Moroccan for glorifying the terrorism of Daesh on social media.”

Yasmin I.A., as his name has been given by local media, has been accused of being in contact with fighters in conflict zones, which enabled him to access pro-Daesh material, which he consequently shared, mostly through his Facebook profile.

The 22-year old was arrested at his home in Balmaseda, where he lived with his parents and two younger siblings. The town is 32 km from Bilbao, where he was studying.

Since the Spanish Ministry of Interior raised the anti-terrorism alert level to 4 on June 26, 2015, Spanish security forces have arrested 186 jihad terrorists in the south European country.