Rabat - The Moroccan Household Confidence Index rose sharply in the second quarter of 2017, as Moroccan households expressed increased faith in current and future life conditions compared with 2016, according to a report published July 24 by the High Commission for Planning (HCP). 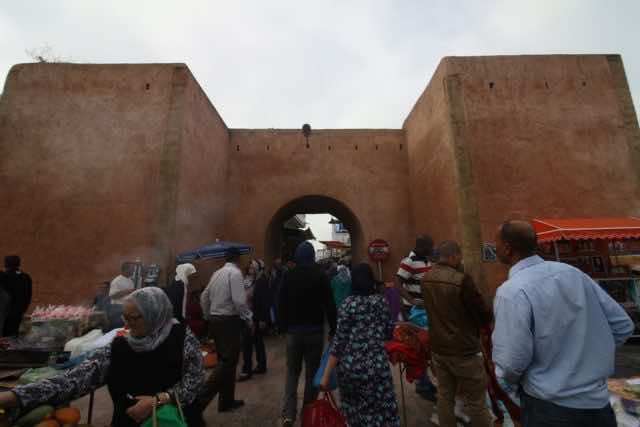 Rabat – The Moroccan Household Confidence Index rose sharply in the second quarter of 2017, as Moroccan households expressed increased faith in current and future life conditions compared with 2016, according to a report published July 24 by the High Commission for Planning (HCP).

The household confidence index is seen as a critical measure of the overall economic and social situations, indicating households’ perceptions of and predictions for their life conditions.

Unemployment: Still Negative, But Less So

In the second quarter of 2017, 69.8 percent of households expect an increase in unemployment over the next year, while 15.5 percent see that unemployment will decrease.

The balance of opinion remained negative, at -54.3 points. However, perception on unemployment improvement compared with the previous quarter of 2017 when it was -64.9 points and the same quarter of the previous year at -69.0 points.

In the second quarter of 2017, households’ opinions on past changes in living standards remained negative at -8.1 points, instead of -12 points in the previous quarter of 2017 and -15.2 points a year earlier .

Overall, 40.1 percent of households reported a deterioration in the standard of living, and 32.1 percent reported an improvement.

Over the next year, 24.4 of households expected a deterioration in the standard of living, 40.1 percent expected that living standards will remain the same,and 35.5 percent foresaw an improvement.

Data showed that positive opinions rose to 11.1 points, from 5.7 points the previous quarter and -7.6 points a year before.

In the second quarter of 2017, 58.2 percent of households estimated that their incomes cover their expenses, 33.6 percent reported debt or draw on their savings, and 8.2 percent said they were saving part of their income.

The balance of opinion on the current financial situation of households remained negative at -25.3 points, with an improvement over the first quarter of 2016, which recorded -27.8 points and a deterioration compared to the second quarter of last year, which amounted to -23.0 points.

In assessing the evolution of their financial situation over the last year, 32.8 percent of households consider that it has deteriorated. This perception is thus negative, with a balance of opinion of -16.6 points instead of -26.8 points and -22.8 points respectively in the previous quarter and the second quarter of 2016.

On the other hand, the view on the future of the financial situation of the same households remains optimistic.

Over the next year, 34.6 percent expected an improvement in their financial situation, compared with 12.5 percent ??who did not.

The balance of opinion remained positive at 22.1 points, a improvement both in comparison to the previous quarter, when it was at 13.4 points and the same quarter of the previous year, when it registered 2, 3 points.

Ability to Save: Less Pessimistic Perception

In the second quarter of 2017, 20.5 percent of households expected to savemoney in the coming year, while 74.5 said that they would not be able to save .

The balance of opinion remained negative at-59.1 points, up from-64.1 points last quarter and -66.6 points a year earlier.

In the second quarter of 2017, 87.5 percent of households estimated that food prices increased in the past 12 months, while only 1.1 percent say that they have experienced a decrease.

Data showed that opinions on food prices remained negative at -86.4 points, after being-86.8 points the previous quarter and -87.9 points a year earlier.

Over the next 12 months, food prices are expected to continue to rise, according to 77.1 percent of Moroccan households. Only 2.6 percent expected prices to fall.