Rabat - On Tuesday, the Court of First Instance in Al Hoceima sentenced Moroccan journalist Hamid El Mehdaoui to three months in prison for “inciting people to take part in a banned protest.” 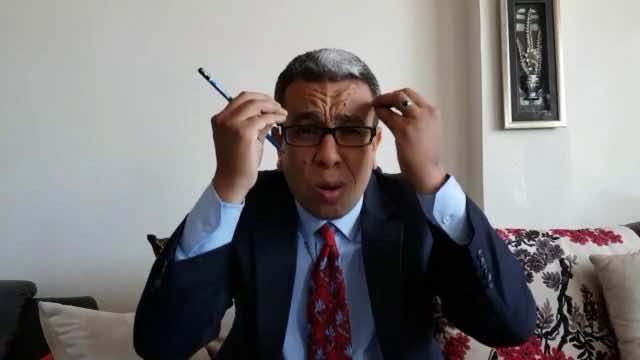 Rabat – On Tuesday, the Court of First Instance in Al Hoceima sentenced Moroccan journalist Hamid El Mehdaoui to three months in prison for “inciting people to take part in a banned protest.”

El Mehdaoui had been arrested five days earlier in the city on the day of the July 20 mass march, banned by the Ministry of Interior and repressed by police forces.

His arrest, prosecution, and sentence have placed Hamid El Mehdaoui under an international spotlight, with media outlets around the world reporting the news. However, public opinion remains divided over his non-traditional approach to journalism.

In the eyes of many journalists and commentators, El Mehdaoui is being unfairly targeted for his criticism of the government and some high ranking officials.

“We reject the official version of the events, and believe that his arrest is motivated by a vengeful desire from the authorities for his activism and his constant coverage of the protest movement in the Rif,” said the release.

From the Streets to the Press

Born in 1979, Hamid El Mehdaoui had to make a long journey before becoming one of Morocco’s most well-known journalists.

After obtaining a B.A. in Arabic from the University of Kenitra in 2004 where he distinguished himself as an active Marxist, he worked as a street vendor for several years.

He began studying journalism in 2010. Two years later, he took his first steps in the profession, working for the weekly Al Ousboue Assahafi. He soon made a name for himself among journalists for dealing with issues and cases “generally avoided” by the media, his former colleague at Lakome Oubid Aabid told Morocco World News.

Among those cases, was that of the engineer Ahmed Bensedik, who in 2012 addressed a message to King Mohammed VI declaring he was no longer “his subject.” El Mehdaoui was the first to interview him, Aabid said.

This attitude would later define his approach to reporting. He grew to become a champion of advocacy journalism, freely expressing his views and addressing severe criticism to the government.

He had a short tenure at Lakome, where he worked under the tutelage of experienced journalist Ali Anouzla. After the outlet was shut down in 2013, Hamid El Mehdaoui went on to found his own website, Badil.

With Badil, Hamid El Mehdaoui’s journalism became more opinionated. Through long videos posted on his website and on YouTube, his viewers base grew thanks to his “populist” style and his daring tone.

However, his troubles also increased as he was subject to several law suits. Adding to this, in June 2016, the court of first instance in Casablanca sentenced El Mahdaoui to a four-month suspended prison sentence and MAD 10,000 dirham fine for defamation over a report on the travel expenses of the then-Minister of Justice, Mustapha Ramid.

Despite these setbacks, he continued releasing critical videos and reports, and some saw that the controversies only increased his popularity.

More Than Just a Journalist

On the night before his arrest, Hamid El Mehdaoui appeared in a video talking to a group of young people about the Hirak protest movement in Al Hoceima and the government’s response to the demonstrations. The journalist’s responses in the video reflected his belief that he should not only report the news but also express his opinion about it.

Responding to questions from the crowd, Hamid El Mehdaoui slammed the government and spoke like an activist of the Hirak, seeing the Rif cause as his own.

“The continuous detention of activists is an aggression against us,” said the journalist. “The state might be strong but we are stronger with the fact that our cause is just.”

Obaid Aabid, a journalist and ex-colleague of Hamid El Mehdaoui, explained how the news director of Badil sees things differently than other people in the same lign of business.

Aabid attributes that to his leftist background in university. While Hamid El Mehdaoui has stated that those days are over, his work at Badil shows that he has held onto some of the rebellious attitude of his past.

His journalism style, as Aabid explained, has put him odds with other fellow journalists. However, these differences in approach have not prevented his colleagues from speaking out against his arrest.

“This is not about one single person, this is about the issue of freedom of expression”, said Aabid. “El Mehdaoui has become an idea, and the authorities don’t like this idea.” 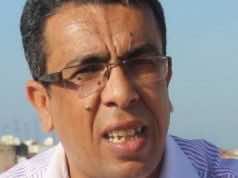 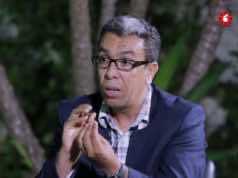