Rabat - The Royal Air Force has invited the public to attend a two-day air show held in Tangier and M'diq to celebrate the 18th anniversary of Throne Day, on July 30 and 31. 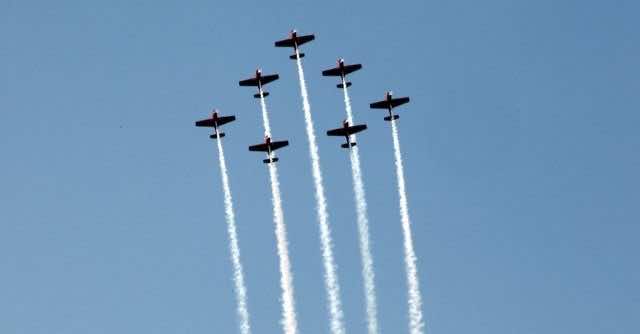 Rabat – The Royal Air Force has invited the public to attend a two-day air show held in Tangier and M’diq to celebrate the 18th anniversary of Throne Day, on July 30 and 31.

The air show is part of the festivities that mark the anniversary of the accession to the throne of King Mohammed VI, who is also Supreme Commander and Chief of General Staff of the Royal Armed Forces (FAR).

Throughout July 30 and 31, airplanes will perform aerial acrobatics presentations, that will be chaired by the prestigious “Marche Verte” aerobatics team of the Royal Air Force.

The air shows will take place in the Northern Moroccan cities,  Tangier and Tetouan, which are known for their beautiful mountainous atmosphere and charming beaches.