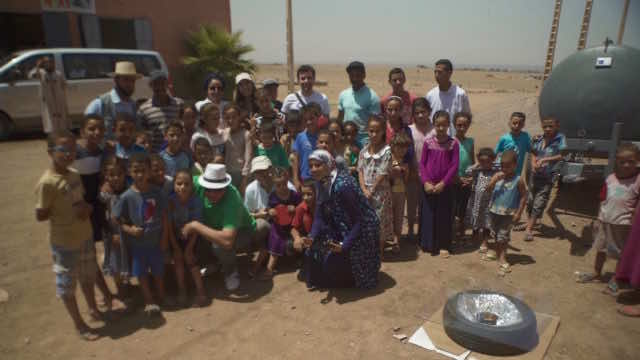 In a statement released July 31, the international environmental advocacy group said the initiative aims to create a “network of solar ambassadors” to catalyze “the deployment of decentralized solar energy in the kingdom to complement macro scale energy development.”

For the project, Greenpeace has already trained over 20 Moroccan volunteers at the Association of Life and Earth Sciences Teacher in Morocco (AESVT) center in Casablanca, “empowering them to become true solar ambassadors that will spread the benefits of solar energy to local communities through a collaboration with NGOs and Moroccan key influencers.”

The teachers went on to visit various communities around the kingdom, educating residents on the benefits of solar energy over the traditional butane and wood. One workshop in Ait Faska in the Marrakech-Safi region was assisted by well-known chefs Myriam Ettahiri and Moha Fedal.

Ghalia Fayad, the Arab world and North Africa Program leader at Greenpeace Mediterranean, stressed the effectiveness of the program structure.

“The network will create a solar multiplier effect whereby our trainers will be working with local environmental NGOs to pass on solar skills to the communities that most need it,” Fayad said in the statement. “This will increase the accessibility to solar energy and will empower civil society organisations to be actors of the energy transition.”

She stated that these education programs should be accompanied by economic incentives promoted by the government.

“Ideally, if green loans are made available, owners of solar systems could alleviate their energy bills and even sell electricity by providing excess power to the national grid through net-metering or feed-in tariff like it is the case in many countries around the world.”

“But for that to happen, Morocco urgently needs to work on creating the necessary enabling environment at the legislative, regulatory, financial and infrastructure level for a fast deployment of decentralised solar energy.”

Founded in 1971, Greenpeace currently operates in over 40 countries, working to “ensure the ability of Earth to nurture life in all its capacities.” 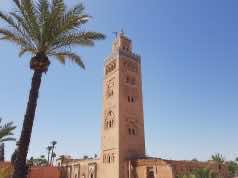 Greenpeace Calls for Immediate Action to Save Endangered Moroccan Oases