Rabat - Bad news for Morocco’s goal to receive 20 million tourists by 2020. The Kingdom is the second most dangerous country for women traveling alone, according to a survey run by Trip.com. 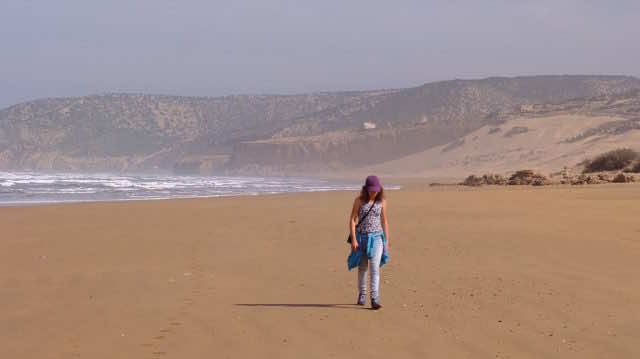 By
Chaima Lahsini
-
Chaima Lahsini is freelance journalist and activist with the Al-Fam collective in Rabat.
Aug 1, 2017
Spread the love

Rabat – Bad news for Morocco’s goal to receive 20 million tourists by 2020. The Kingdom is the second most dangerous country for women traveling alone, according to a survey run by Trip.com.

“This list might as well be entitled ‘Most Interesting Countries to Visit for Solo Female Travelers’,” leads the survey, explaining that, while these countries are labeled as “unsafe,” they still scored “over 5 on a scale of 1-10 for perception of safety.”

Based on the notes and opinions expressed by the travelers on Trip.com, as well as the recommendations of the US State Department regarding security abroad, Morocco scored 6 out of 10, coming in second place as a medium risk country for solo female travelers.

Forbes explains that Morocco’s “unsafety” is due to the US State Department recommendation, which perceives the Kingdom to have a “high potential for terrorist violence against U.S. citizens.”

Another major concern, according to Forbes, is crime. The US State Department believes that crime in Morocco should be taken seriously, especially in big cities and tourist areas.

According to the US State Department, “criminals have used weapons, primarily knives, during some street robberies and burglaries. These have occurred at any time of day or night, not only in isolated places or areas less frequented by visitors, but in crowded areas as well.”

It also lists several types of crime that women may face: “Aggressive panhandling, pick-pocketing, purse-snatching, theft from unoccupied vehicles, and harassment of women are the most frequently reported issues.”

Forbes says that although it is rare for a man to physically touch female tourists in Morocco, one must expect verbal harassment, “commonplace” in the country.

“The best reaction is to ignore the stalker and continue to walk,” recommends the magazine, adding that if a tourist “feels threatened,” they must “contact the nearest police officer and report the incident.”

The study also refers to the issue of clothing, which it describes as a “hot topic” in Morocco. “You’ll see a wide variety of clothing in Morocco, but it is advisable to stick with modest styles and avoid belly-baring shirts, short-shorts and strappy tank tops,” Forbes explains, before summing it up in one sentence: “The reality is, the less you wear, the more unwanted attention you’ll attract.”

In addition, solo female tourists traveling to Morocco are advised to refrain from asking directions from men if they ever lose their way.

“Step into a shop or ask a woman for directions. Loitering young men are eager to make quick money ‘helping’ tourists but women out and about or shopkeepers have no ulterior motive,” explains Forbes.

However, Forbes adds that for some respondents, a bad score does not necessarily mean that the destinations in question should not be visited, but only that the prudential factor is to be taken seriously.

“Even in countries with political problems or violence issues, ‘danger’ is not a guarantee,” concludes the magazine.