Rabat - 73 out of 200 sub-Saharan migrants managed to cross the Ceuta border in northern Morocco on Tuesday morning, according to French news agency, AFP. 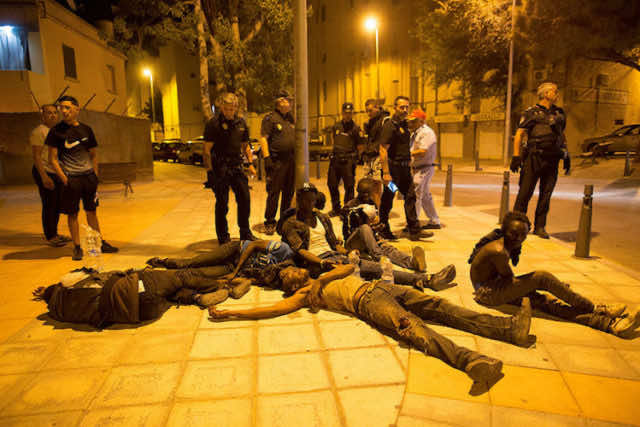 Rabat – 73 out of 200 sub-Saharan migrants managed to cross the Ceuta border in northern Morocco on Tuesday morning, according to French news agency, AFP.

The Red Cross stated that fourteen of the migrants sustained serious injuries in the attempt and required hospitalization.

Ceuta’s government spokesman indicated that the migrants used wire cutters to break through the razor-wire fencing separating Morocco from the Spanish-controlled enclave.

Ceuta is one of two Spanish territories located in northern Morocco, the other being Melilla. Both locations are prime targets for migrants hoping to improve their quality of life by making it deeper into Europe.

Usually, migrants use whatever means they can to compromise the border fence. Others opt to reach their destination by swimming along Morocco’s coastline.

Spain’s Interior Ministry estimates the number of migrants successfully reaching Spain via the border fence route at 3,200 in 2016. So far in 2017, they say, that number has already doubled.

The journey represents a leap of faith for the migrants. They face either certain deportation to their countries of origin or they move quickly into Spain’s interior, most finding their way to other European destinations where their future is far from guaranteed

In February around 850 migrants entered Ceuta, storming across the border over four days.