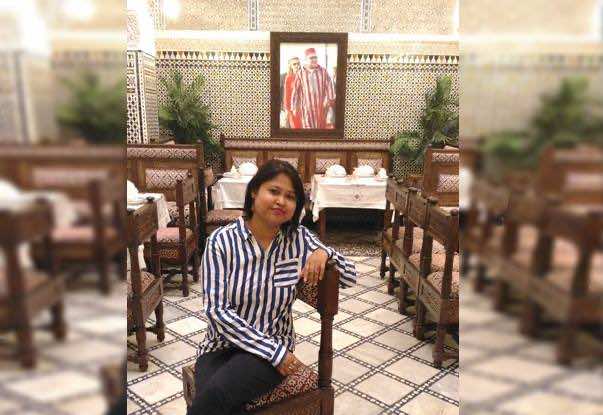 Rabat – The first time I heard about Morocco was during my history lessons at high school as we were being taught about Ibn Battuta.

However, it was the Hollywood classic Casablanca that created in me a strong desire to visit this beautiful country. So it was rather ironic that during my recent trip through Morocco, friendly Moroccans were able to strike an instant connection with me through Indian movies.

From initial surprise, to delight, to enchantment – Bollywood slowly became synonymous with my identity as I traversed this enchanted land.

Every time I met a Moroccan it was always “Oh you are from India! Namaste India! Shah Rukh Khan, Raj Kapoor, Amitabh Bachchan, we watch a lot of Bollywood movies” – this is how ordinary Moroccans would engage me in conversation and sometimes we would end up sitting at a terrace cafe for hours discussing our favourite movies.

In fact, on my way to Ibn Battuta’s tomb in Tangier, I had just slipped into a roadside café to freshen up, only to stay on for much longer. It wasn’t so much the café’s aromatic delights that held me back as an impromptu jig that I shared with a 60-something Moroccan when he came to know that I was from India and started singing “kabhi kabhi mere dil mein khayal aata hai” from the movie Kabhi Kabhi, which this gentleman had seen in his youth.

I was truly overwhelmed and the incident gave me a memory of a lifetime. I too had seen Kabhi Kabhi as a child, and would sing the iconic song from the movie often. Henceforth the song will be laced with dual nostalgia every time I attempt it.

The love that Moroccans have for Indian movies, songs and all the mellow-drama associated with Bollywood has really astounded me. This has got me thinking – movies can serve as a veritable bridge between India and Morocco. In fact, Morocco has already emerged as a hub for Hollywood shoots. And now Bollywood too is treading the same path as exemplified by the ongoing Moroccan shoot of Salman Khan-starrer ‘Tiger Zinda Hai’. Such collaborations will not only provide Indians and Moroccans a window into each other’s culture and society, but also facilitate people-to-people connections both at personal and professional levels.

My Moroccan sojourn once again made me realise that Bollywood sells dreams. And nations and boundaries do not matter in this dream world where an Indian and a Moroccan, despite language barriers, can connect, laugh, sing and dance away the day – Bollywood style.