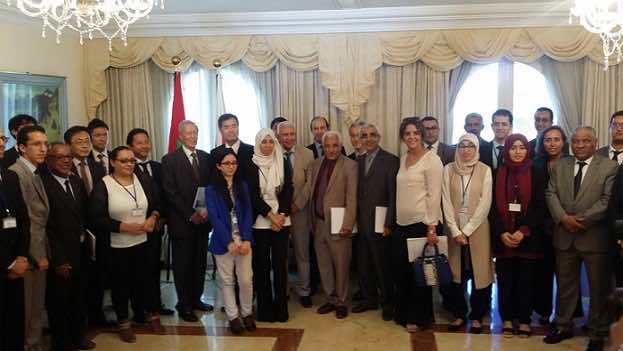 Rabat – Takuji Hanatani, the ambassador of Japan in Morocco, organized a reception to congratulate 14 Moroccan scholarship awardees of the African Business Education Initiative for Youth (ABE Initiative), on Thursday, in his official residence.

In his speech, Hanatani stated that “this program offers double valuable privileges to Moroccans; the first one rests upon allowing young Moroccans to get a master’s degree at a Japanese university while the second one aims for an opportunity to do an internship in one of the Japanese companies, depending on youth’s choice.”

The ambassador added that the “Japanese government encourages the Moroccan economic competitiveness and sustainable economic development through bilateral and multilateral cooperation programs.” He explained that “this program serves stimulating Morocco-Japan cooperation in education and industry fields.”

The ABE Initiative is financed by Japanese government and implemented by JICA’s Moroccan office, whose resident representative, Hitoshi Tojima, told Morocco World News that “in term of technical cooperation with Morocco, JICA has created the ABE initiative’s scholarship to Moroccans in order to study Master’s courses in Japanese universities and to experience internships at Japanese enterprises.”

He added that “this year, JICA selected 14 participants to be dispatched and I hope that this program [strengthens] the relationship between the two countries.”

Mohamed Tahiri, the representative of the Ministry of Higher Education and Scientific Research and a director of high education and pedagogical development, told MWN that “this program is very important to education in Morocco, since Moroccan students are exposed to two sides of knowledge (the theoretical training in best Japanese universities and the practical training inside the well-known Japanese enterprises).”

The number of Moroccans benefiting from this program is high compared with other African countries. Tahiri stressed that “those graduated students will establish a link between Moroccan and Japanese universities, [paving the road] for Japanese companies to come and invest in Morocco.”

Younes Idrassi, one of the scholarship awardees in 2015, was a guest speaker at the reception event and discussed his experience in Japan.

“I was exposed to an environment with high standard education levels. I got an MBA from the international university of Japan in Niigata after two years of education, then I had a professional experience in a Japanese company in Matsuyama which helped me having a good knowledge of Japan and its working environment,” said Idrassi.

“This program is a way to foster links between the two countries (Morocco and Japan).”

Idrassi stressed that in order to make Morocco benefits from this cooperation “the procedure should not be limited to the step of sending youth participants to gain experiences in Japan; however, there is an urge to make Japanese companies interested in Moroccan youth who are eager to contribute in the development of Moroccan market.”

Salma Tabi, one of the 14 awardees of the 2017 scholarship, expressed her enthusiasm to be selected in this Japanese program, which will mark her personal and professional career.

“I applied for this program because I am interested in Japanese culture for a long time, besides the fact that I want to get out from my comfort zone and study abroad,” Tabi told MWN.

“The hosting country is famous for its advanced architecture’s education and city planning which is my studies’ specialty,” she added. “Even if the experience will absolutely be hard, it is a way to define myself and be a valuable ambassador for my country.”

Tabi wishes also to contribute to the development of the field of city planning in Morocco once she returns from Japan.

A total number of 44 Moroccan students benefited from this scholarship in the first and second edition in 2015 and 2016, while 14 will soon leave the kingdom for the third.

Morocco is among the 54 countries where bachelor’s degree holders are eligible to apply for the ABE Initiative program. The scholarship initiative was established as a result of the 5th Tokyo International Conference on African Development (TICAD V) in 2013, which sought to cultivate a strong human network between Japan and Africa. 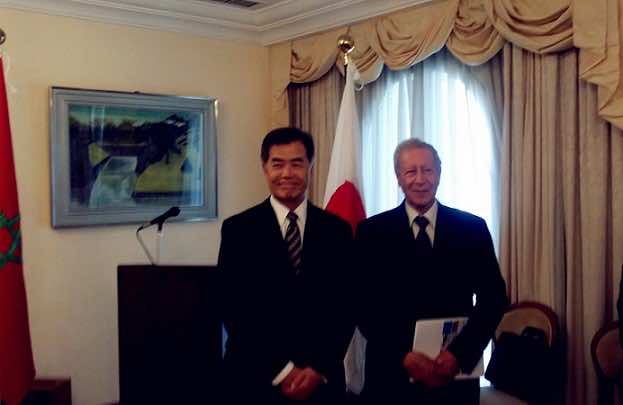 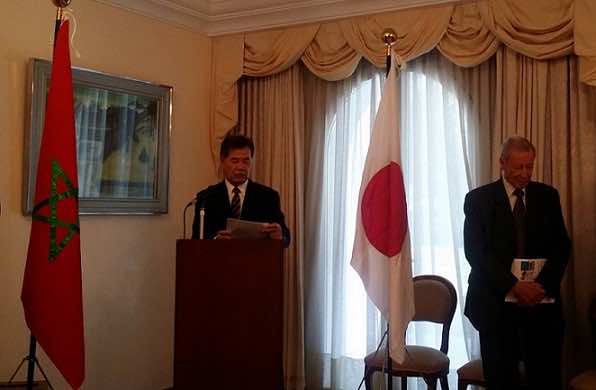 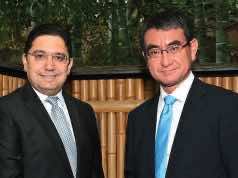