Rabat - Cinema lovers will be given an opportunity to watch films from an unusual angle as Harhoura’s Ciné-Plage Festival returns for a second edition August 22 to 26. 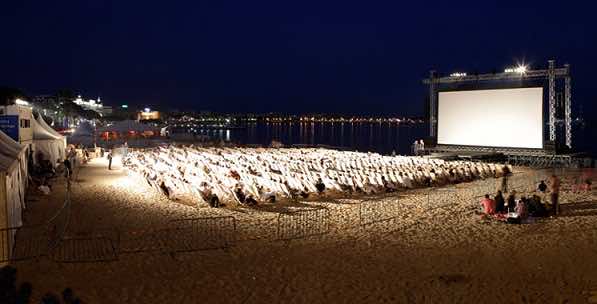 Rabat – Cinema lovers will be given an opportunity to watch films from an unusual angle as Harhoura’s Ciné-Plage Festival returns for a second edition August 22 to 26.

A big screen will be installed on the sands of Sidi El Abd beach in Harhoura, a small coastal town situated in the northeast of Temara.

Abdelouahed Mjahed, the president of the festival, told Morocco World News that “the five-day event will include a competition, where six feature films will be played.”

“The movies to be featured during the event were produced during the last few years in order to attract as many attendees as possible,” Mjahed explained.

Mjahed said that the jury committee will be comprised of three members, in addition to notable actors and actresses of the kingdom, including Mohammed Miftah and Noura Skali.

The festival will also include various filmmaking and screenwriting workshops for the benefit of the students from Rabat, Temara, and Harhoura. The workshops will be supervised by filmmakers Hassan Khelaf and Amine Nessour.