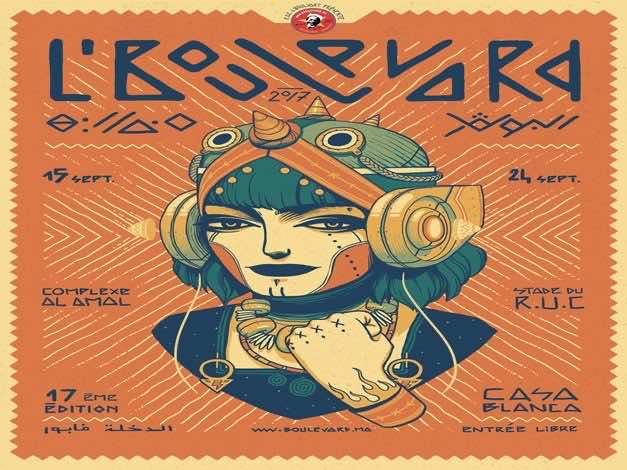 Rabat – After being cancelled last year, the 17th edition of the ‘Boulevard of Casablanca’ festival will be held in the “White City” on September 15 to 24, offering its inhabitants and visitors a chance to immerse themselves in the rhythm of urban music and culture.

According to the event’s press release, the festival will gather together numerous Moroccan and international music groups, with performances to be held throughout the city, including the Amal complex and the R.U.C. stadium stages.

The festival will kick off with a “Tremplin” springboard music competition, in which 19 Moroccan Hip Hop, Rock/Metal and Fusion groups will compete to make the top six.

The winners will be awarded a cash prize, have the chance to record two singles, get a professional training from expert musicians, and receive the privilege of singing on stage during the first performances with the festival’s guest celebrities.

The event, which aims to shed light on the talents of Moroccan youth, will host diverse performances by renowned artists among them the American hip hop duo M.O.P, the Moroccan rapper Masta Flow, the French metal band Dagoba, the Moroccan metal group BETWEENATNA, the Moroccan singer Oum, and the Nigerian singer Keziah Jones.

Musical performances will also take place in the Amal complex’s stage under the theme of “Market,” which will feature in addition approximately 30 market stands run by Moroccan collectives in order to sell their products and promote their social and culture campaigns.