Rabat - Fed up, angered, and frustrated, the women of Rabat have decided to take to the streets to protest the recent sexual assault case that has swept Morocco. The Al-Fam feminist collective has called for a sit-in today in front of Balima Café in solidarity with the victim. 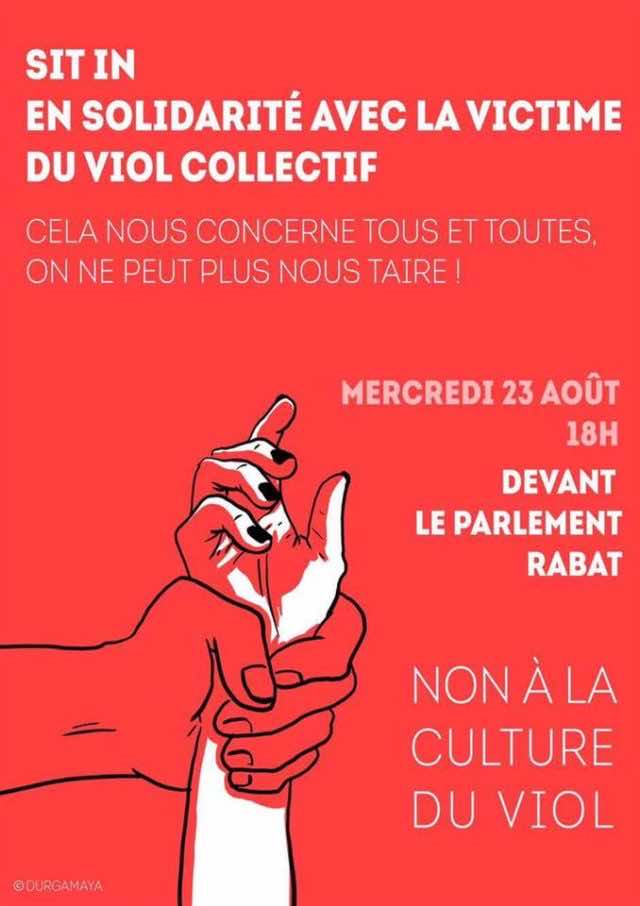 Rabat – Fed up, angered, and frustrated, the women of Rabat have decided to take to the streets to protest the recent sexual assault case that has swept Morocco. The Al-Fam feminist collective has called for a sit-in today in front of Balima Café in solidarity with the victim.

On Monday, a video of a group of young men restraining and groping a young woman on a bus in Casablanca shook the Moroccan public. While the perpetrators have been arrested, the event has led to a larger discussion of sexual assault and women’s safety in public.

“The bus incident touches us all,” said the group. “We can no longer keep quiet.”

“The sit in was an immediate and instinctive reaction to the bus sexual assault incident. Women have had enough. We can no longer stand silent in face of such violence and horror,” a member of the organizing committee told Morocco World News.

The sit-in event page on Facebook has already seen the confirmation of over 650 participants, while 1,000 others have indicated that they’re interested in the event.

The recent case of the sexual assault of a young intellectually challenged woman in a bus in Casablanca has fired outrage among the public, especially among women angered by the constant threat to their safety.

“Perhaps as women in Morocco there is no ‘what if we get raped?’ but more like ‘when will we get raped?’ People are so shocked about what happened, so offended, yet this happens every single day,” said a Facebook user in response to the incident.

Comics artist Zaineb Fasiki said that she is “tired of canceling my meetings because I’m afraid of using public transport, tired of being afraid of going out. We don’t want rape crimes in Morocco anymore!”

Minister of Human Rights Mostapha Ramid sees that this kind of crime is not new. “Attacks against women in the public space have always existed, what changed is their media coverage on social networks,” he said. He stressed that it is not so much of a legal problem as a matter of education.

“The normalization of sexual assault and rape is among the reasons that have led the phenomenon to spread at a vicious rate,” said the same member of the Al-Fam committee. “Assaulting and objectifying women’s body is not okay and we need to stop talking about it as if it is an escapable behavior.”