Rabat - The Ministry of Health allocated 80 tons of medicine, seven ambulances, and 200 wheelchairs to the health delegation of Al Hoceima on Monday, August 28, during a visit by the Minister of Health to the northern city. 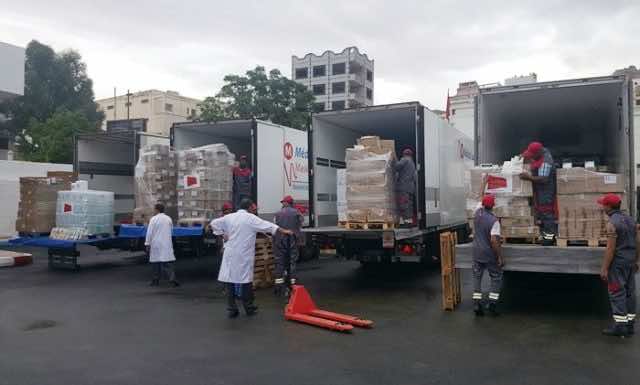 Rabat – The Ministry of Health allocated 80 tons of medicine, seven ambulances, and 200 wheelchairs to the health delegation of Al Hoceima on Monday, August 28, during a visit by the Minister of Health to the northern city.

The supplies dispensed to the city’s medical facilities add to the 20 tons of medicine previously allocated and are specifically intended for patients with heart and arterial diseases, diabetes, asthma, and depression, among others.

Seven equipped ambulances, in addition to 5 others in the province, were also made available to the delegation, while 200 wheelchairs were issued as part of this logistical support operation in Al Hoceima.

El Ouardi recalled the ministry’s commitments to the population of Al Hoceima, notably concerning the new hospital in Imzouren to be equipped with a high-quality scanner, which according to the ministry will open at the end of 2017.

The Minister of Health also announced that a MAD 374 million provincial medical center is under construction in the municipality of Tlat Youssef.

In the same vein, the minister promised the creation of an urban hospital center in addition to the equipment of six new hospitals and the rehabilitation of 26 others in the region, with a budget of MAD 65 million dirhams.