Rabat - A leaked document has revealed that Polisario leadership has made efforts to prevent its students in Cuba from getting their university degrees.

Rabat – A leaked document has revealed that Polisario leadership has made efforts to prevent its students in Cuba from getting their university degrees.

A letter has recently surfaced dating back to June 26, 2017, addressed from the embassy of the self-proclaimed Sahrawi Arab Democratic (SADR) in Cuba to the Cuban Minister of Public Health, Roberto Morales Ojeda. 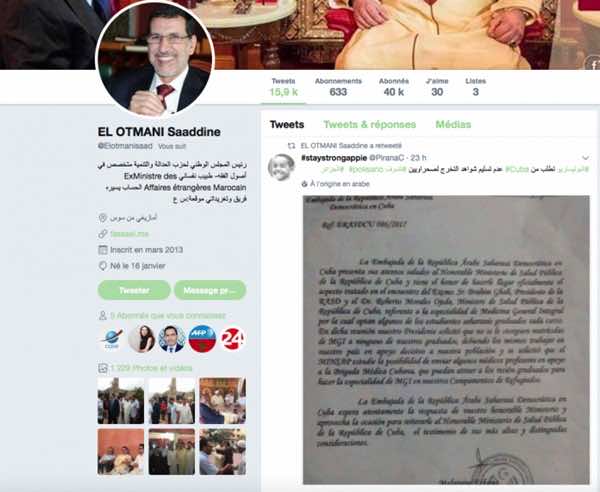 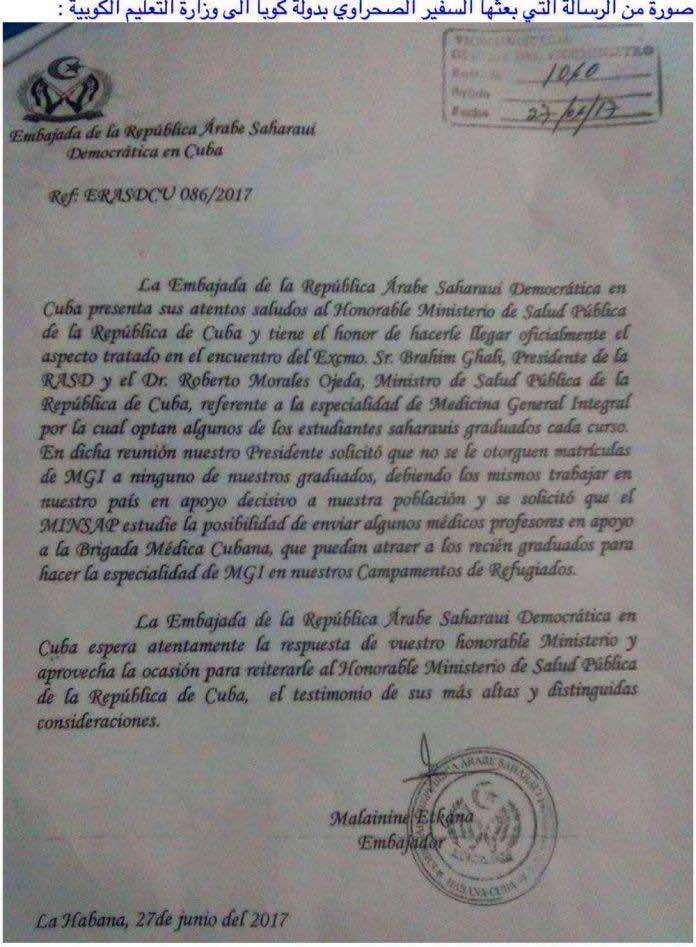 In the document, ambassador Malainine Elkana asks the minister not to deliver diplomas to the Sahrawi students graduating from the medical universities in Cuba.

The ambassador reminds the Cuban official that the request was previously made by Polisario chief Brahim Ghali.

The unusual move by a self-proclaimed political entity intended to prevent people it claims to be their “citizens” from getting their university degrees raises serious questions.

Polisario presents itself as defending the cause of the Sahrawi people, but at the same time it keeps the local population in Tindouf living in atrocious conditions where they lack food, water and basic services.

Several NGOs have rung alarm bells regarding the deteriorating humanitarian situation in Tindouf.

In addition to that, the Camps from mounting rates of criminality and spread of drug trade. Incident of last July, when clashes between gangs operating in drug trade,suggested that Polisario is either not willing or unable to provide security for the local population.

Many Sahrawi young people are turning to organized crime, as there are prospects of a better future in the camp.

Leaders of the separatist group are accused by some dissident Sahrawis of seeking personal fortunes by exploiting the misery of the people in the camps.

With the new revelation about the students in Cuba, further proof was provided on how Polisario works to control the fates of Sahrawis.