Rabat - The employees and researchers of the Jacques Berque Center, a French Research Institutes based in Morocco, filed a petition addressed to French president Emmanuel Macron to denounce what they describe as “the racist and neo-colonialist” behavior of their director Sabrina Mervin. 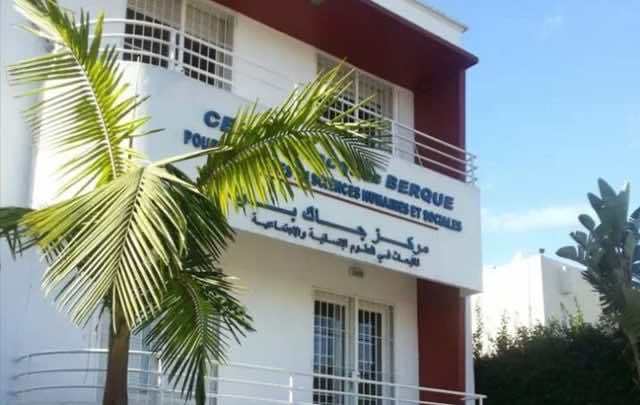 By
Chaima Lahsini
-
Chaima Lahsini is freelance journalist and activist with the Al-Fam collective in Rabat.
Sep 10, 2017
Spread the love

Rabat – The employees and researchers of the Jacques Berque Center, a French Research Institutes based in Morocco, filed a petition addressed to French president Emmanuel Macron to denounce what they describe as “the racist and neo-colonialist” behavior of their director Sabrina Mervin.

For the employees of the Jacques Berque Center for Humanities and Social Studies in Rabat, Morocco, Mervin “has created a climate of terror with impunity, particularly when it comes to the non-French staff of the Center.”

In a petition published September 8 on the website Change.com entitled “An aid worker should not do this,” a young researchers collective denounce the behavior of Mervin, an Islamic historian, whom they accuse of “dysfunctioning this Research Center by setting up a deleterious climate.”

“She turned away many PhD students and researchers, often with hints of neo-colonialism and racism. She humiliated research labs in Morocco,” reads the petition, adding that “research projects were hampered, young Moroccan researchers discouraged and dissuaded from coming to work at the Center while many university partners were shown a great deal of contempt.”

Furthermore, the group of researcher accused Mervin of “exerting on the Moroccan staff of the Center a continuous harassment of a rare violence,” which according to them led to serious health complications as “out of the six people working as staff in the institution, four of them went through the emergency and resuscitation services of the hospitals in Rabat.”

The petition detailed that the secretary general who was violently assaulted by Mervin, was a “victim of a vagal malaise in June 2017, and was admitted in resuscitation,” however, according to the document the matter was shortly after classified.

“The driver of the Center subjected to bullying and humiliations worthy of another age, victim in August 2017 of an irreversible cerebral accident, classified matter!” reads the text.

The group of researcher also listed the cases of the computer scientist who was also subjected to unbearable pressure and harassment and is currently under medical supervision for heart problems related to workplace stress, and “the executive secretary who was victim of the same pressure and who resigned in June 2017.”

In both cases, the petition explained that the matter was quickly classified.

“Meanwhile, Mrs Mervin does not seem worried,” pointed out the petition. The text, accusatory in its integrality does not shy away from describing the governance of the institution as a “schizophrenic strategy … of harassment and violence” in a “closed diplomatic place,” due to which Mervin enjoys “high protection.”

The group of researcher not only blamed Mervin for her racist and violent behavior, but also for her disrespect to Moroccan history as they explained that “on the sidelines of a seminar, as a historian, Mervin disrespected an entire nation by casting doubt on the role played by his Majesty Mohammed V in protecting Jews in Morocco during the Second World War.”

For the group, “tarnishing with impunity the memory of his Majesty late Mohammed V” is “unacceptable and scandalous.”

“Perhaps Madame Mervin is the voice of a current of revisionist historians working to harm the superior interests of the Kingdom and to sully her memory,” wondered the group.

“We also appeal to the responsible French minister to have a call to order, if not a reminder,” concluded the group.

Destroying the Statues of Slavers to Rewrite History