Rabat - Morocco Days (The Business Edition) will host a delegation of Moroccan regional officials and senior business people next week in Washington, D.C. to participate in special side events on Capitol Hill and at the National Press Club, as part of the four-day festival presented by the Moroccan American Network and the Moroccan Center for Peace and Sustainable Development. The festival, to be held on historic Freedom Plaza from September 28-October 1, celebrates the longstanding Washington-U.S.-Morocco-Africa connection through business, media, and cultural heritage. 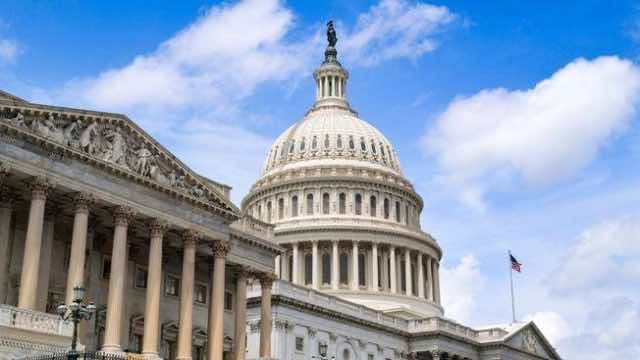 Rabat – Morocco Days (The Business Edition) will host a delegation of Moroccan regional officials and senior business people next week in Washington, D.C. to participate in special side events on Capitol Hill and at the National Press Club, as part of the four-day festival presented by the Moroccan American Network and the Moroccan Center for Peace and Sustainable Development. The festival, to be held on historic Freedom Plaza from September 28-October 1, celebrates the longstanding Washington-U.S.-Morocco-Africa connection through business, media, and cultural heritage.

Focussing on Morocco as the “Gateway to Africa,” the Moroccan delegation will visit the U.S. Congress on September 27th and the National Press Club on September 28th and will participate in special B2B business meetings to address tourism, industry, energy, small business, and Morocco’s Vision 2030.  Members of the delegation represent several regions of Morocco and business sectors that are prime targets for investment and business partnerships. Regions include Casablanca, Marrakech, Laayoune, and Tangier.

With “Africa Month” in DC marking a number of significant and historic international events, the Moroccan American Network and the Moroccan Center for Peace and Sustainable Development are working together to build bridges of understanding, opportunity, and partnership, to educate the U.S. public and influential government officials, business people, and thought leaders about the modernization of Morocco, developments in its infrastructure, and innovation in its sustainable economic development as a leader in Africa.

Through strategic partnerships with prominent leaders in the African-American business community, the U.S. Black Chamber, as well as support from D.C. government, the two sponsoring organizations are reaching out to members of Congress, and others to demonstrate Morocco’s potential as an investment hub for the continent.  Through the generous assistance of the D.C. Office of Cable TV, Film, Music, and Entertainment and the “202creates” program, the event hopes to reach around a million people.

“We are fortunate to have the support of the D.C. Government to do what has not been done before,” said Mohamed El Hajjam, President of the Moroccan American Network, and CEO of AV Actions Inc. “We are using both cutting-edge technology and media to showcase the modern Morocco and provide an opportunity to bring the small business and African-American business community together with influential leaders.”  The idea is to provide a platform to “bring in the small business community to invest in Morocco” by identifying American and Moroccan-American SMEs and creating a network that can lead to business opportunities, according to El Hajjam.  “We have the best team working on this project and are fortunate to have the good offices of DC government and the National Press Club to get the word out.”

The Moroccan American Network has a track record of significant projects over the last few years.  Although it works in three areas — business, media, and cultural heritage, the last several events have focused on creating business opportunities.  In May, 2017, MAN presented its second CEO Summit that

included a Moroccan delegation visit to universities and hospitals, including Georgetown University, Virginia Tech Hospital, and Children’s Medical Center.  At the summit itself, MOUs were signed to continue the ongoing dialogue to explore growth opportunities.  Later, during the summer, American government officials, including D.C. Councilman Robert White, travelled to Morocco in a follow-up visit to get a hands-on introduction to the Moroccan business climate.

Morocco ranks third in the top ten African countries for investment, behind Egypt and South Africa, according to Rand Merchant Bank’s recent report entitled, “Where to Invest in Africa 2018.”

“There are investment opportunities in many regions of Morocco,” said Asma Graimiche, CEO of First Poly Production and President of the Moroccan Center for Peace and Sustainable Development.  She is also the co-producer of the festival and orchestrator of the special B2B business meetings in which the Moroccan delegation will participate.  “Morocco’s modern economy is growing, fueled by growth in its small business in different regions of the country,” she said.  “The south of Morocco, for example, is growing rapidly, and as small business grows, it employs more people and creates more economic opportunity.  It is a positive cycle.”

On September 28, the delegation will give a press conference at the National Press Club and hold a special B2B side event with “meet and greets” between government officials, and American, Moroccan, and Moroccan-American business people.  Pre-registration is required for the special B2B side event. To register, visit https://www.eventbrite.com/e/morocco-days-the-business-edition-at-national-press-club-special-business-event-tickets-38041242380.

The festival will not only highlight opportunities for business, but it will also showcase the African-American community’s historical and cultural roots with concerts by local bands from DC and by international artists from NY, DC, FL, and Morocco on September 30 and October 1.  With Freedom Plaza as a “hot spot” in the heart of D.C., the festival will reach the local community through its own homegrown music of blues and jazz — which have their roots in Africa — juxtaposed with the special Gnawa music of Morocco.

More information about the festival and the program is available at:   www.moroccodaysindc.com.