Washington D.C. - A recent survey reveals some hidden gems for investors looking to put their money to work overseas. Botswana, Morocco, and Egypt are Africa’s best nations for foreign direct investment (FDI), according to a survey by an Africa-based economic research institute.

Washington D.C. – A recent survey reveals some hidden gems for investors looking to put their money to work overseas. Botswana, Morocco, and Egypt are Africa’s best nations for foreign direct investment (FDI), according to a survey by an Africa-based economic research institute.

Botswana is as close to an actual gem as a country can be; its economy is driven by its diamond mines. The southern African nation tops the list because of its stable democracy, improved credit rating, current account ratio, import reserves, and ranking in the World Bank’s ease-of-doing-business index, according to the Africa Investment Index 2016.

For too long, the enormous potential of Africa – as well as its substantial gains in political stability, education and globalization – have been overlooked by investors, partly because of a lack of information and a focus on investing in China and other BRICS nations.

The Index is designed to help guide investors in Africa about which countries and markets are most attractive for investment in the short- to medium-term. The Index is based on six factors: growth, liquidity, risk, business environment, demographics, and social capital.

Diamonds account for one-quarter of Botswana’s Gross Domestic Product and one-third of government revenue. Once one of the world’s poorest countries, Botswana is now a middle-income country with a per capita GDP of nearly USD 17,000. The CIA Factbook calls Botswana one of Africa’s best credit risks in large part because global demand for precious stones has surged.

But Botswana is not the only promising destination for foreign capital in Africa. Rounding out the top 10 behind Botswana, Morocco, and Egypt as the best African destinations for FDI are South Africa, Zambia, Cote d’Ivoire, Algeria, Tanzania, Namibia, and Burkina Faso.

“Despite considerable external challenges and the fall in oil prices, many of the African nations are demonstrating an increased willingness to achieve sustainable growth by diversifying their economies and introducing favorable policies to attract inward investments,” said Professor Mthuli Ncube, Head of Quantum Global Research. “Botswana is a case in example – its strategic location, skilled workforce and a politically stable environment have attracted the attention of international investors leading to a significant influx of FDI.”

Botswana has been given Transparency International’s least-corrupt rating among all African nations for several years running. The top five nations in the Index attracted an overall FDI of USD 13.6 billion in 2016.

A new generation of African leaders is acknowledging the necessary link between democratic reforms and foreign investment, which will spur much-needed economic development. As such, Africa is enjoying more free and fair elections and peaceful transfers of power than in the past, when ethnic and tribal violence regularly marred elections.

Two North African nations – Morocco and Egypt – followed Botswana in the Index, a sign of their resiliency and potential as they bounce back from political and economic turmoil.

Morocco was ranked second on the Index based on its solid economic growth, strategic geographic positioning, increased foreign direct investment, import reserve ratio, and an overall favorable business environment. Foreign investment in Morocco rose 24 percent in May of this year compared to May 2016.

Egypt was ranked third due to an increased foreign direct investment and real interest rates, and a growing urban population. Foreign appetite for Egyptian debt has skyrocketed by nearly nine times this year compared to the previous fiscal year.

South Africa was ranked fourth on the growth factor of GDP, ease of doing business in the country and its significant population. South Africa remains the continent’s biggest recipient of foreign investment.

Some African nations showed substantial improvement compared to previous surveys. Burkina Faso, Rwanda, Swaziland, and Tanzania are the current survey’s biggest climbers. Burkina Faso, which cracked the top 10 for the first time this year, increased its position 13 spots compared to its average ranking over the past three years.

“With a population of over 1 billion people and a rapidly growing middle class, Africa clearly offers significant opportunities to invest in the continent’s non-commodities sectors such as financial services, construction and manufacturing amongst others,” Mthuli said. “However, structural reforms and greater private sector involvement are crucial to unlocking Africa’s true potential.” 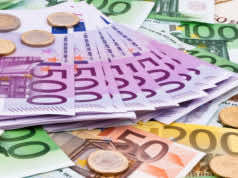