Rabat - For Saudi cleric and self-proclaimed neuroscientist Saad Al Hijri, women should not be allowed to drive because their “half-sized” brains shrink to a quarter of that of a man’s when they go shopping. The cleric has been banned from preaching after his sexist statements. 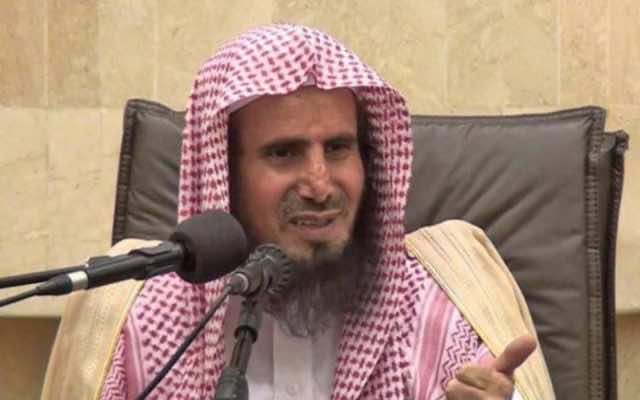 Rabat – For Saudi cleric and self-proclaimed neuroscientist Saad Al Hijri, women should not be allowed to drive because their “half-sized” brains shrink to a quarter of that of a man’s when they go shopping. The cleric has been banned from preaching after his sexist statements.

Sheikh Al Hijri, head of the Fatwa Committee in Assir governorate in Saudi Arabia made international headlines this weekend for the inflammatory statements during a lecture entitled “The evils of women driving.”

“Isn’t the woman’s brain less than that of a man?” Al Hijri asked his audience, which answered him with an enthusiastic “Yes it is!”

Far from antagonizing women for their limited mental capacities, the cleric had the clemency of explaining that “women cannot really help it, because they were created that way as the Prophet told us.”

Using his stellar communication talents to engage with his audience, Al Hijri would directly address the room once more: “What would happen if the road safety authority found out that a man has only half a brain, would they give him a driving license?”

A loud and offended “Of course not!” would be heard throughout the room.

Setting his impressive argumentative capacities aside, Al Hijri then proceeded to some mathematical acrobatics: “Then how would a woman get a driver license when she only has half a brain, that halves again when they go shopping? So she’s left with how much exactly?”

“A quarter!” replied his attentive audience.

“Yes! She ends up with only a quarter. So how would she get a driving licence with just a quarter of a brain?!” Al Hijri wonders incredulously.

“We demand the traffic authority to be accurate, because a woman is not fit to drive with only a quarter of a brain,” concludes the cleric, an appeased smile on his face.

Al Hijri’s personal gratification did not last for long, however. Soon after his lecture, he was suspended from all religious activity after advising against allowing women to drive in a speech that contained comments “diminishing human value,” a spokesman for the governor of Assir province said.

The sanction imposed on Al Hijri by the authorities “is a sign that the platforms of preaching will not be used to undermine the values of equality, justice ,and respect for women inherent to Islam,” said the spokesman.

“Anyone who uses these preaching platforms in the future to violate these values will be suspended,” he said.

His statements also sparked outrage on social media, where citizens pointed out out the absurdity and misogyny of the cleric’s discourse.

Twitter users shared the video, with many criticising it and making jokes about his sexist remarks, under the Arabic hashtag “Al-Hijri-women-quarter-brain,” which was used 119,000 times in just 24 hours.

Some users posted pictures of Saudi female scientists and academics in response and questioned Al Hijri’s own intellectual capacities.

[Incomplete brains, incomplete faith, incomplete member, this nonsense is useless, women will drive and your hearsay will be thrown in history’s trash]

[Have you no shame speaking about your mothers in such way?]

[I swear to God those who have a quarter of a brain are you and your likes who handed you platforms to deliver hardline views. It is the woman who raises man and she is the core of success]

Meanwhile, supporters of the cleric used the hashtag, “Al-Hijri is with the woman, not against her,” with 20,000 tweets in 24 hours.

[Our Sheikh Saad al-Hijri is careful about our daughters and sisters. He did not make a mistake that required his suspension. O governor of Assir, fear God and do not obey the secularists]

[I am a woman and what the sheikh said is correct. The brain of the woman is completely different from that of the man because the woman’s brain is often associated with emotion.]

Saudi Arabia, an absolutist monarchy which controversially has seats on the UN Human Rights Council and the Women’s Rights Commission, has long been criticized for its treatment of women.

Women remain banned from driving in the kingdom despite ambitious government targets to increase their public role, especially in the workforce. The ultra-conservative kingdom has some of the world’s tightest restrictions on women, who are bound by law to wear long robes and a headscarf and require the consent of a male guardian for most legal actions, including to study and travel. 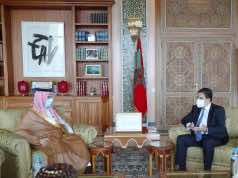