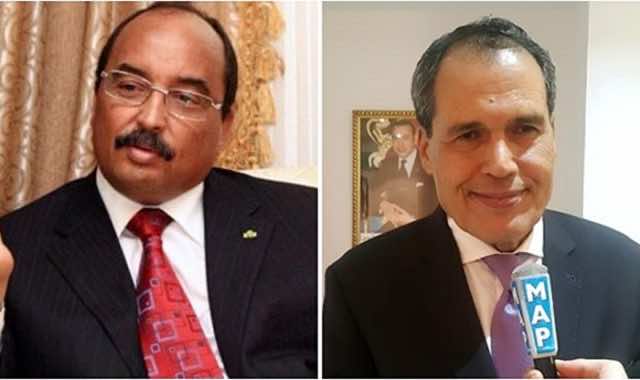 Speaking during a press conference on Monday, Mauritanian Minister of Culture and government spokesperson Mohamed Lemine Ould Cheikh declared that his country has not rejected the appointment of Chabar.

Ould Cheikh explained that the process of accrediting Chabar is following its “normal course.”

Four months after his appointment by King Mohammed VI, Nouakchout has not yet publically responded to Morocco’s choice of Chabar as its new ambassador, leaving the door open for speculation.

Earlier in September, media reports claimed that the new ambassador had been rejected by Mauritanian president Mohamed Ould Abdelaziz.

The reason given for the alleged rejection was that Morocco still harbors Mohamed Ould Bouamatou, a Mauritanian businessman and a staunch opponent of President Ould Abdelaziz.

The choice of Moroccan ambassador to Noukchout had reportedly been a source of contention between the two countries, whose relations have deteriorated in recent years.

Mauritania had reportedly asked that the former Moroccan ambassador to Mauritania Abderahmane Benomar, who died in December after 15 years of service, as the kingdom’s representative to Nouakchout, but Morocco refused.

The appointment of Chabar marked a détente between the two countries. However, as he has not yet assumed his functions, rumors surged about the reasons behind such delay.

The alleged rejection of Chabar was widely relayed by Moroccan and Arab media, which prompted speculations of a nascent crisis between the two neighbors, recalling past tensions.

At the same time, others saw that President Abdelaziz’s domestic and foreign busy agenda in recent months, which saw him enforce constitutional amendments and make several trips abroad, was a more likely reason why Mauritania had not yet responded to Morocco’s request to accredit Chabar.