Rabat - Despite all its picturesque sites, moderate weather, and relative calm, Rabat isn’t as loved by its residents as one might think. Each year, 5,000 people pack up and leave the city, says a report by the city’s council.

Rabat – Despite all its picturesque sites, moderate weather, and relative calm, Rabat isn’t as loved by its residents as one might think. Each year, 5,000 people pack up and leave the city, says a report by the city’s council.

According to the report, Rabat has lost its administrative reputation and suffers from weak economic activities, resulting in the decline in the labor force and high levels of unemployment.

The districts of Yaacoub-El-Mansour and Youssoufia alone are home to 86 percent of the city’s population living in precarious conditions.

In Rabat, illiteracy persists among women, especially in the Youssoufia district. According to the city council, he city also suffers high rates of school dropouts in high school and middle school, which further prevents young people from accessing training, prevents them from integrating into the labor market and leading to poverty.

The city council’s conclusion comes as a flipside to the High Commission of Planning’s (HCP) recent report that the capital saw an 80 percent decline of multidimensional poverty between 2004 and 2014.

While the city council draws attention to the poor economic conditions of many of Rabat’s residents, the HCP showed in the report on multidimensional poverty that Rabat and Casablanca are responsible for generating 48.2 percent of national GDP.

In terms of housing, the report reveals that that working-class neighborhoods remain largely under-equipped, while 9,000 families continue to live in slums.

The study counts 1,600 homes under the threat of collapsing, including 700 in the medina and 900 in neighborhoods of lower socio-economic classes.

While the Rabat’s fertility rate, aging, and average size of households are on the decline, the city has a large population, which reaches 90,000 inhabitants per 100 hectares in certain districts, according to the same source. 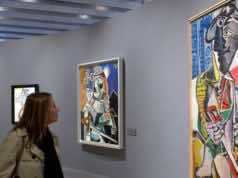