Rabat - King Mohammed VI inaugurated on Friday, the extension project of the Mohammed VI Institute for the Training of Imams, Morchidines and Morchidates (religious male and female preachers) in Rabat university campus. 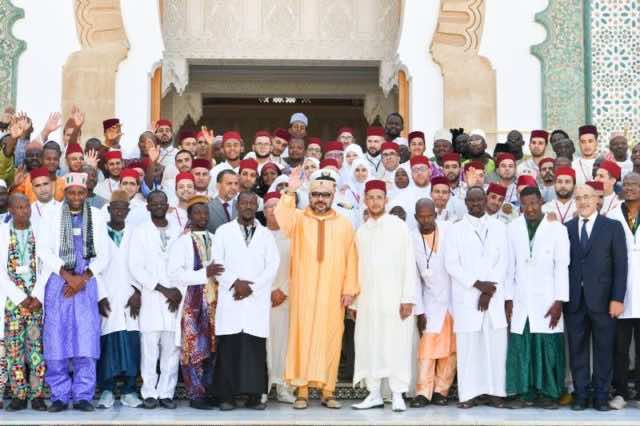 Rabat – King Mohammed VI inaugurated on Friday, the extension project of the Mohammed VI Institute for the Training of Imams, Morchidines and Morchidates (religious male and female preachers) in Rabat university campus.

The project forms part of the royal instructions to expand the institute’s reception capacity in order to better respond to the growing demands of foreign countries for religious training, said Ahmed Toufiq, Minister of Endowments and Islamic Affairs, in a speech given before the King. 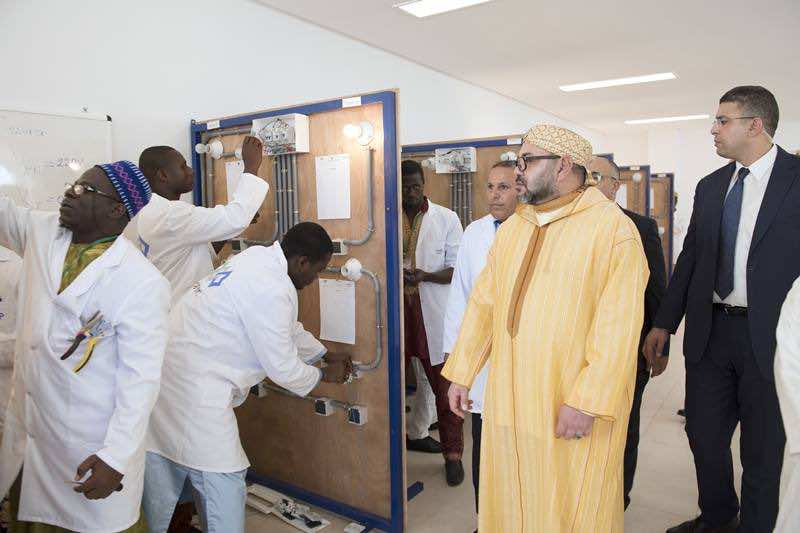 Toufiq stressed that “778 foreign students are currently pursuing their studies at the institute. The duration of the training takes into consideration the educational level of the candidates, especially in terms of their mastery of the Arabic language.”

Thirty-five Imams from Guinea, 33 from France, 107 from Niger, 79 from Chad, and 37 from Tunisia have benefited from short training courses for Imams serving in mosques.

“The number of the institute’s graduates from these countries has so far reached 712 imams and preachers,” the minister said.

The minister emphasized that every year the institute also receives 150 Moroccan students who have obtained their bachelor’s degree with honors and who have memorized the Quran in its entirety, for 12-month training, enabling them to assist other imams in the exercise of their duties.

The institute also receives students with the same academic profiles who have memorized some of the Quran following the same program over the same period, in order to make them preachers within mosques and within the various academic and social institutions, with the aim of promoting the “true precepts” of Islam.

Toufiq said that according to directions of King Mohammed VI, a special department was set up within the institute, which has received 100 students, responsible for the religious supervision of the officers and non-commissioned officers of the Royal Armed Forces. 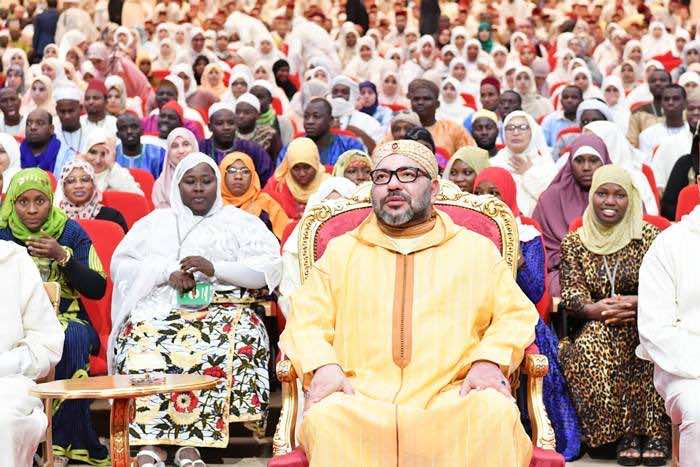 During the project’s opening, the King awarded diplomas to 18 graduates of the institute’s class of 2016 from Ivory Coast, France, Guinea, Mali, Nigeria, Chad, and Morocco.

Carried out by the Ministry of Endowments and Islamic Affairs, the extension project was given a budget of MAD 165 million. It covers an area of 10,000 square meters, and includes a pedagogical space with a capacity of 640 seats, a large amphitheater with 1,100 seats, and a residential space of 350 beds.

Confronted with the rise of extremism and terrorism, Morocco has embarked on a vast reform of the religious field, including the renovation of mosques, the creation of the radio and television station “Mohammed VI,” and the establishment of Mohammed VI Institute for the Training of Imams, Morchidines, and Morchidates.

Built on a 28,687 square meter space, requiring a MAD 200 million investment and nine months of construction, the institution was launched in 2005 by King Mohammed VI.

The idea was to create a body of imams to preach moderate Islam within the country as well as internationally.

The teaching started with 150 Morchidines  and 50 Morchidates  After one year, they were sent across Morocco to share their religious education with citizens, in schools, mosques, youth centers, and regional delegations of the Ministry of endowment and Islamic Affairs.

The reputation of the institution quickly travelled abroad.

During the royal visit to Mali in 2013, the Malian president asked the King to receive a group of Malian imams in the institution to benefit from the training provided in Morocco.

Soon after, Malian students arrived in November in Rabat and received training in the institution. The experiment was a success, which prompted other countries to follow suit.

Starting in 2014, student delegations from Guinea-Conakry, Côte d’Ivoire, Tunisia, Mali, and France all started studying at the institute.

New demands followed and students from Chad, Nigeria, and Senegal have joined the training. To date, the institute welcomes more than 1,200 students every year.