Rabat - The African diplomatic corps in Rabat has distanced itself from the verbal blunders of the Algerian Minister of Foreign Affairs, Abdelkader Messahel, against Morocco, reported Maghreb Arab Press (MAP). 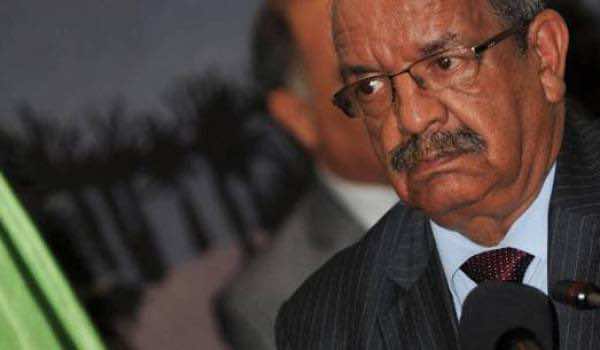 By
Larbi Arbaoui
-
Larbi is a freelance writer and assistant editor at Morocco World News.
Oct 22, 2017
Spread the love

Rabat – The African diplomatic corps in Rabat has distanced itself from the verbal blunders of the Algerian Minister of Foreign Affairs, Abdelkader Messahel, against Morocco, reported Maghreb Arab Press (MAP).

“The heads of missions of the African countries took note with astonishment of the statements of the Algerian Minister for Foreign Affairs,” said Ismaila.

In a statement to Maghreb Arab Press (MAP) on the sidelines of the briefing meetings held Saturday by the Ministry of Foreign Affairs and International Cooperation with African ambassadors accredited in Rabat, Ismaila said that “such statements only exacerbate the situation.”

Ismaila said that involving African heads of states in the accusations of the Algerian foreign minister as a very “daring” move. He added that the African heads of state will meet in Addis Ababa soon, and that this will be an opportunity to demand “explanations” on their involvement in such statements.

For the dean of the African diplomatic corps, the statements of the Algerian minister are incomprehensible, given the fact that “the African heads of state welcomed, unanimously, the return of Morocco to the African Union, or rather the regularization of his situation, because Morocco has never left his family.”

The Ambassador of the Central African Republic to Morocco added that these misguided declarations come at a time “when all the international powers have recognized and supported Morocco’s vision with regard to the Sahara issue, recalling that Morocco’s proposal is the most credible and reasonable.”

In a debate with business leaders in Algeria’s capital, Algiers, on Friday, Messahel bluntly accused Morocco of “laundering cannabis money via its banks in the continent,” pretending that the African leaders told him so.

He also claimed that Morocco’s state-owned carrier, Royal Air Maroc, “carries something other than passengers” to African destinations, insinuating that it transports drugs.

In response, Morocco recalled its ambassador to Algeria, stressing that Messahel’s comments displayed “an unprecedented level of irresponsibility in the history of bilateral relations.”

“They reflected a deep and inexplicable ignorance of the basic workings of the banking system and civil aviation”, the ministry said.

Royal Air Maroc has denounced the “slanderous” accusations that the Algerian Foreign Minister levelled against it.

Morocco and Algeria have long had tense diplomatic relations because of Algeria’s support for the Polsario, and its attempts to destabilize Morocco. Borders between the two countries have been closed since 1994.