Morocco World News
Home News International News Why Was Algeria Not Invited to the AU-EU Summit Meeting on Libya? 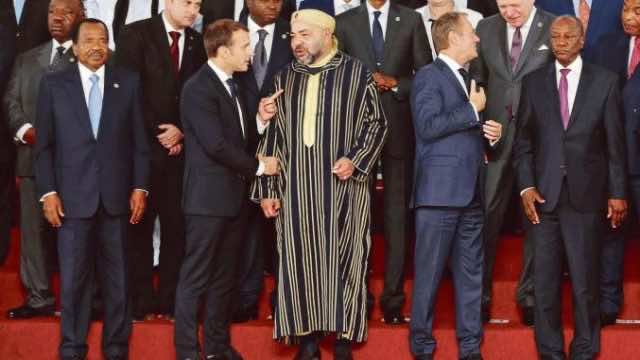 Rabat – Heads of state and leading officials from the African Union, the European Union, and North and West Africa convened on November 29 at an AU-EU Summit meeting in Abidjan to create an action plan for the slavery crisis in Libya. But one country was notably missing.

Despite its proximity to the war-torn country and its strategic location as a transition point from sub-Saharan Africa to Italy and Spain, Algeria did not participate in the meeting, which resulted in French President Emmanuel Macron announcing the continental bodies would take “concrete military and policing action” to put an end to slavery in Libya.

Representatives from Niger, Chad, France, Germany, Italy, Spain, the Democratic Republic of the Congo, and Morocco, in form of King Mohammed VI himself, were all there. Why not Algeria? Moroccan media outlet le360 called it a “thorough dismissal” from the international community’s discussions on Libya and migration.

“Only countries that have the will and capacity to act and change the regrettable situation of the migrants, and also the Libyans themselves, took part,” wrote the news site. “[Algeria] only really cares about what goes on inside its borders, which it hastens to close as soon as it neighbor needs it.”

Algeria is not known for its sensitivity towards migrants. Its policy of rounding up and deporting migrants has drawn the criticism of Human Rights Watch. This summer, its prime minister, Ahmed Ouyahia said that undocumented residents were a “source of crime, drugs, and several other ills.”

“This is why in Abidjan no one really regretted the absence of Ahmed Ouyahia’s government officials,” continued le360. “If the EU and the AU have managed to do without Algeria, it is because it must be useless when it comes to defending the great causes.”