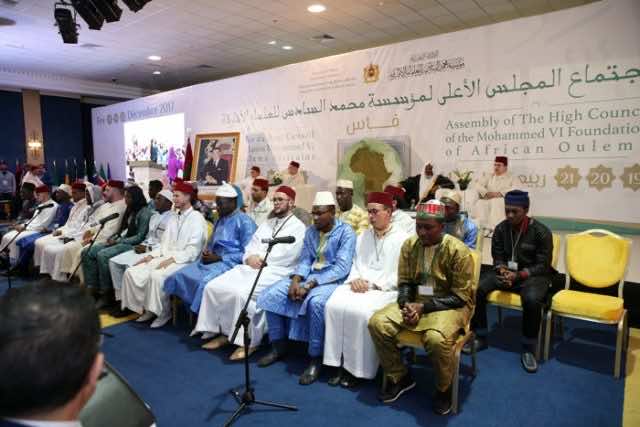 Speaking on behalf of the African Ulema at the opening of the regular session of Supreme Council of the Mohammed VI Foundation for African Ulema, Sheikh Saleh Al-Husseini applauded King Mohammed VI’s “commendable services” in defense of the Islamic Ummah.

“These noble deeds can help leaders of different countries to fulfil their peoples’ aspirations for security, peace, stability, progress and prosperity,” he said out. “The Sovereign has not ceased to protect the foundations and pillars of Islam, to preserve its symbols and institutions and to create a positive environment for the Ulema, in order to help them carry out the missions assigned to them,” he added.

Commenting the missions of the Mohammed VI Foundation for African Ulema, Sheikh Saleh Al-Husseini mentioned the formation of ad-hoc committees and the opening of branches in some countries, in addition to a theoretical framework with a view to implementing the Foundation’s programs.

According to him, the Foundation brings together African Ulema for better knowledge, communication and cooperation. “This will have a positive impact on the Islamic Ummah in all areas and in particular regarding security, peace, stability and sustainable development across the continent,” he said.

For his part, Secretary General of the Supreme Council of Ulema, Mohamed Yessef, underlined, in an address on behalf of the Moroccan Ulema, the King’s action in Africa as well as his commitment to building fruitful relations between the different countries.

Highlighting Morocco’s attachment to its African origins, Yessef affirmed that the Moroccan Ulema are committed to sharing their experiences and working methods with African brothers. The regular session of the Supreme Council of the Mohammed VI Foundation for African Ulema is attended by 300 members of the Council representing 32 African countries.