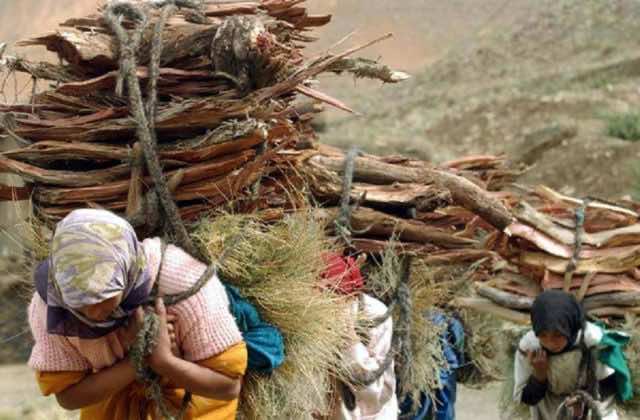 Rabat – Winters in Morocco can be cold. While the country undergoes it coldest periods of the year, the rural population struggles to access firewood, a commodity whose prices have skyrocketed due to speculation.

According to the Moroccan daily Almassae, the prices of firewood rose to MAD 1,250 per ton (approximately 907 kilograms) . While heating is not an issue in the cities, residents of mountainous areas where there are no forests have to pay dearly to stay warm.

The prices might reach the unprecedented peak of MAD 1,500 per ton in areas located far from wood sources. Firewood is a barely substitutable commodity, and people living in underserved areas often have the choice between food and firewood, usually choosing to trade the former for the latter, as it is a sheer suicide to decide otherwise.

In the Atlas region, roads can be tough and long to drive, something speculators use to their advantage to bump or even double their price, as they did this year.

In Ketama, all the way up in the north of the country, the citizens chose to unlawfully cut wood forests, instead of dying from cold or not buying food in order to afford heating.

The authorities have sounded the alarm, and preventive actions have been deployed upon royal instructions, according to the Ministry of Interior.

While cold and snowy winters in the Atlas mountains and the Rif regions is not new, the preventive actions put in place by authorities come off as late, where official investigations about firewood brokers and sellers would have sufficed to lower the prices.

It is a real challenge to stay warm in Moroccan winters with limited resources and equipments. Over the night between December 2 and 3, a night guard died from cold in El Hajeb, in the Middle Atlas.

While thousands of rural Moroccans, through adaptation, can make it alive while facing the cruel cold, newborns and seniors are more fragile and their coping mechanisms break down more easily, especially in regions where medical facilities and basic infrastructure are still lacking.