Rabat - The Spanish national football team is facing the risk of being removed from the 2018 World Cup after FIFA warned it over potential political interference. 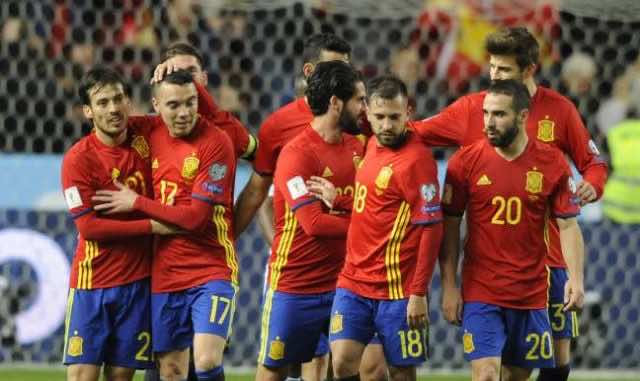 Rabat – The Spanish national football team is facing the risk of being removed from the 2018 World Cup after FIFA warned it over potential political interference.

The news has been making the headlines of local and international local outlets throughout Friday, December 15. Spanish news outlet El Pais reported that FIFA has warned the Royal Spanish Football Federation (RFEF) that involvement from the government in their election of a new head could make them lose their pass in the 2018 World Cup.

El Pais also contacted FIFA, which confirmed the news. “We can confirm that FIFA recently sent a letter to the RFEF showing their concern about the situation the federation is going through,” said the football federation.

Could that be possible?

FIFA has the eligibility to control football association worldwide. It can also suspend the membership of any national football team if it has seen that the association has been controlled or exposed to external political pressure.

FIFA emphasized that members of federations should manage their affairs independently without interference from the government.

The federation is set to send a delegation to Spain to conduct an investigation on the matter, added El Pais.

After Angel Maria Villa Llona stepped down from Spanish federation due to corruption charges, the federation is now led by Juan Luis Larrea on an interim basis. However, the arrangement of a new election is underway. El Pais claimed that the “government’s National Sports Council has made contact with the RFEF over a successor,” a matter that was not gone unnoticed by FIFA.

According to Article 13 of the FIFA rules, “Each member must manage their affairs independently and ensure that there is no interference by third parties in their affairs.”

The Spanish team was placed on December 1 in Moscow during the competition’s final draw in Group B along with Morocco, Portugal, and Iran.