Rabat - It is time for Moroccans to shine in the upcoming Winter Olympic Games. Moroccan skier Samir Azzimani, also known as Couscous Rocket, along with two other Atlas Lions are ready to take part in the international Olympic Games. 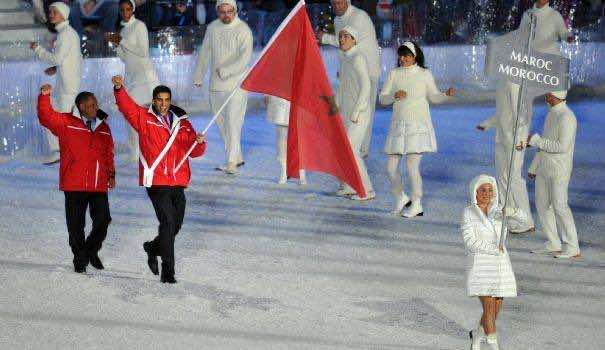 Rabat – It is time for Moroccans to shine in the upcoming Winter Olympic Games. Moroccan skier Samir Azzimani, also known as Couscous Rocket, along with two other Atlas Lions are ready to take part in the international Olympic Games.

The competition will take place from February 9 to 25 in Pyeongchang, in South Korea.

Azzimani was the only to represent Morocco in 2010’s Winter Olympic Games in Vancouver, Canada. The Moroccan skier ranked 74th in Me  and 44 in Men’s Slalom competitions during the 2010 Olympic Games.

The other two Moroccan qualified for the 2018 Winter Olympic Games are the Lamhamedi brothers.

Sami and Adam were both qualified for the 2018 skiing competition.Adam, on his turn, was already an Olympic Champion. The 22-year old Moroccan-Canadian has won more than 51 medals, including 22 at senior level. The medals he reaped were mostly in the Eastern Canadian University Championship.

Born to a Moroccan father and a Canadian mother, Adam has chosen to represent his father’s country in 2011 in both local and international competitions.

Adam was the gold medalist in the first boy-s super-G competition in the Winter Youth Olympics in Innsbruck, Austria, in 2010. Back then, he was the first Moroccan ever to win a gold medal at the Winter Olympic Games. The champion also ranked first in Canada’s Giant Slalom and second slalom during the same year.

The star was also qualified to participate in the 2014 Winter Olympics in Sochi, Russia, where he finished 47th in the Men’s Giant Slalom. His brother, Sami, has been always accompanying his brother as a substitute in case of injury.