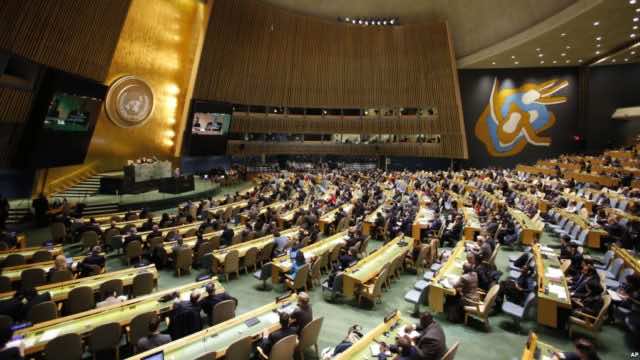 Ahead of the vote, which took place Thursday, Trump had threatened to cut aid to UN members who would vote against his decision.

His threats fell short of deterring the overwhelming majority of member states from voting for the resolution and calling on the U.S. to withdraw its recognition of Jerusalem as the capital of Israel, including 28 countries from the EU.

Germany, which had previously refrained from taking positions related to Israel, also voted for the resolution.

Only nine countries voted against, including the United States and Israel, Micronesia, Togo, Palau, Marshall Islands, Honduras, Nauru and Guatemala.

Five EU states and Canada were among the 35 countries to abstain from voting.

In his speech following the vote, Israel’s UN ambassador Danny Danon said UN members who backed the resolution were being manipulated. “You are like puppets pulled by your Palestinian masters.”

Meanwhile U.S ambassador to the UN indicated that the vote disrespects her country.

“I must also say today: When we make generous contributions to the UN, we also have expectation that we will be respected. “What’s more, we are being asked to pay for the dubious privileges of being disrespected.”

“If our investment fails, we have an obligation to spend our investment in other ways. The United States will remember this day,” she added Palestinian president Mahmoud Abbas described the result as a “victory for Palestine.”