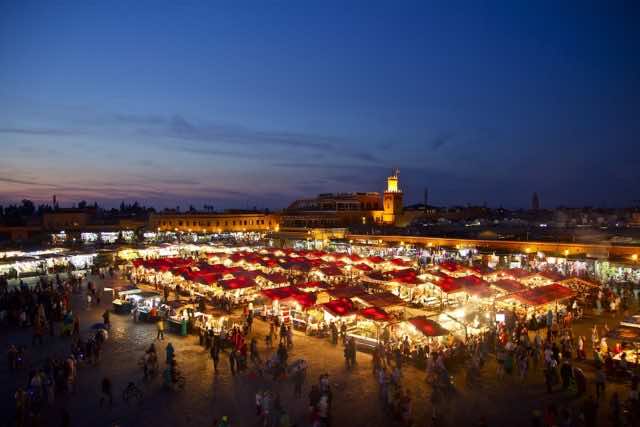 Rabat – For the New Year 2018, several world celebrities and famous global figures have chosen Morocco’s Marrakech as a destination to celebrate the New Year and kick it off on a high note.

Among the celebrities, the former French president Nicolas Sarkozy and his wife Carla Bruni, accompanied by their daughter Julia, who are expected to throw a big housewarming and New Year’s Eve party in the luxurious new residence they recently bought in Marrakech.

The Moroccan-born producer RedOne, the comedian Jamal Debbouze and the American producer Laurence Fishburne are also expected in Marrakech to spend the new year holidays, according to Moroccan newsdaily Al-Ahdat Al Maghribia.

Sports superstars are also reported to have decided to spend the last night of 2017 in Marrakesh.

Other celebrities seem to have fallen for the red city’s enchanting magic which became over the years, a trend destination of many famous personalities, since the city is easily accessible from Europe in addition to its exotic and romantic aura.

The flamboyant charm of Marrakech is nothing new. World Politicians, historians and distinguished authors have visited the city several decades earlier and written about its fascinating beauty.

Winston Churchill, the former British Prime Minister, once said that Marrakesh “is the loveliest spot in the world.”

Moreover, Fodor’s Travel Guide, the world’s largest and professional travel guide book, has ranked Marrakech on the top of its “Travel Go List for 2018.”

“This romantic desert oasis is set to be one of 2018’s most fashionable vacations,” Fodor’s said.

“Despite all of the recent calamity and horrors – both natural and manmade – this really is a magical world that deserves to be explored,” said Jeremy Tarr, the editorial director of Fodors.com. “We focused on celebrating and surfacing that wonder as we assembled this year’s lists.”