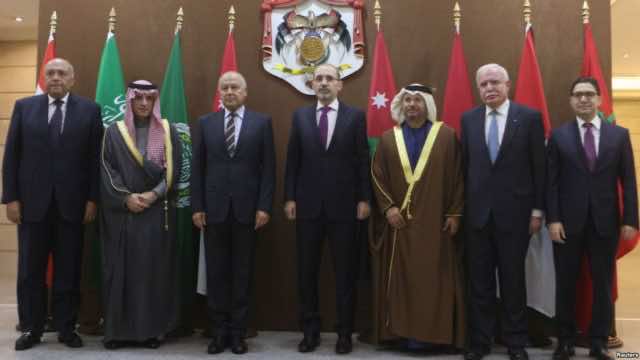 During the Arab ministerial meeting, six countries vowed their commitment to seek international recognition of a Palestinian state with East Jerusalem as its capital.

Foreign ministers of Morocco, UAE, Egypt, Palestine, Saudi Arabia and Jordan also vowed to ensure that no other country recognizes Jerusalem as Israel’s capital, according to Spanish news agency EFE.

During the meeting, the Moroccan delegation reaffirmed its strong and constant solidarity with the Palestinian people.

The meeting came one month following Trump’s unprecedented decision voiced on December 6. Trump’s recognition was strongly condemned by Arab and Western countries alike. Leaders, including King Mohammed VI denounced the US decision, considering it as a threat to peace negotiations between Palestine and Israel.

On December 17, the Arab League decided to form a ministerial delegation to stand against Trump’s decision to recognize Jerusalem as Israel’s capital and to move its Embassy from Tel Aviv to the area.

Recently, Trump threatened to cut financial aids to Palestine, accusing the country of standing against peace talks with Israel.

This is not the only time Trump threatens to cut US aids sent to developing countries. In December 2017, the president vowed to cut financial aids to countries who would vote against his decision during the UN resolution meeting.

Bourita chaired the Moroccan delegation during the Arab ministerial meeting. The delegation is made up of Mohammed Stiri, Moroccan Ambassador to Amman, Ahmad Tazi, Moroccan Ambassador to Cairo and Permanent Representative of Morocco to the Pan Arab Organization and Fouad Akhrif, Director of the Mashreq, Gulf, Arab and Islamic Organizations in the Ministry of Foreign Affairs and International Cooperation.