Rabat - Another informal photograph of King Mohammed VI has caused a stir on social media. He was taken on camera with French reality TV star Mélanie Amar in Paris earlier this week. 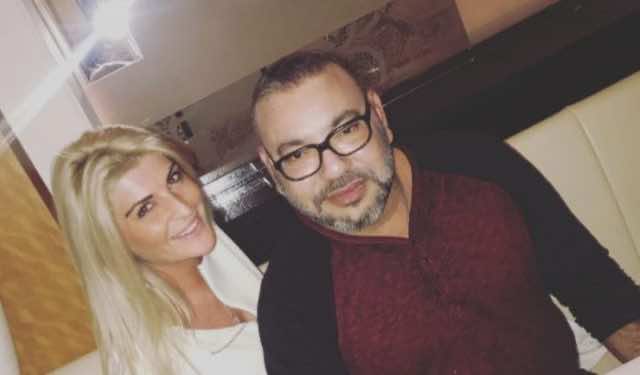 Rabat – Another informal photograph of King Mohammed VI has caused a stir on social media. He was taken on camera with French reality TV star Mélanie Amar in Paris earlier this week.

The reality TV star posted it to her Instagram account and quickly received more than 650,000 hits. But within 24 hours, following an avalanche of nasty comments, Amar deleted the image.

She was accused of being a groupie and some raised doubts about the veracity of the photograph. Melanie Amar, known as Melanightt, is believed to be originally from Morocco and became known for her appearances on Le Bachelor and Les Anges.

At the time of writing, MWN notes that the image is still visible on Instagram via an unofficial account hosted on behalf of Lalla Salma, Brand fashion.

Captured in camera with several celebrities, King Mohammed VI modern attitude is in the mainstream.

For years, the King has presented himself as a friendly and approachable person, unbothered by the constraints of royal protocol when he is on private visits abroad.

Originally from Morocco, Reality TV star Mélanie, known as Melanightt, asked King Mohammed VI for a picture, in what appears to be a restaurant in Paris.

The King accepted and the picture was shared on her Instagram page and captioned “Dinner with the King of Morocco. Thank you Widad.” The celebrity’s picture was quickly viewed her 650,000 followers.

Soon after, the 24-year-old participant in “The Villa of Broken Hearts”, “The Angels 9” and “The Holidays of Angels 2” was severely criticized by Twitter users.

“She is acting like the groupie she is. Better leave the King alone and go pose with your soccer players,” one user said.

Another user sees that the picture is fake. “The king is a man in acute security, and with a busy schedule, this photo is fake, open your eyes.”