Rabat - For BMI Research, Morocco’s new flexible exchange rate regime signals the government's commitment to become an investment hub in the region, and to diversify trade away from Europe.

Rabat – For BMI Research, Morocco’s new flexible exchange rate regime signals the government’s commitment to become an investment hub in the region, and to diversify trade away from Europe.

According to the research firm, Morocco’s decision to gradually move towards a more flexible exchange rate regime “will offer crucial economic tailwinds in the years ahead.”

On January 15, the Ministry of Finance officially widened the band in which the Moroccan dirham trades against a basket of currencies, 60 percent for the euro and 40 percent for the dollar, from ±0.3 percent to ±2.5 percent.

Over a 10 to 15 years time frame, the ministry explained that it will move towards a free floating currency. For BMI, this move is “likely to help the country in its efforts to attract greater investment to the kingdom and diversify trade, while the risks of disorderly depreciation are well contained given the country’s robust financial buffers.”

The firm maintains its view “that the risks of disorderly depreciation are limited.” This view was supported by Bank Al Maghrib’s recovery in foreign currency reserves, after the delay of the first phase of the reform initially scheduled for July 2017 resulted in a sharp rush on currency fueled by market speculation against the dirham.

This time around, BMI believes “that investor uncertainty has been contained, with reserves having expanded by 20.6 percent since June 2017.”

“This should enable the central bank to comfortably defend the currency in the years ahead,” explains the firm.

Overall, BMI believes that “the gradual reform of the exchange rate regime will have a minimal impact on growth and inflation.” Beyond the reserves held by Bank Al Maghrib, Morocco’s macroeconomic backdrop remains conducive to a gradual and smooth transition towards a more flexible exchange rate.

“A strengthened fiscal position, low inflation levels, and an exchange rate broadly in line with fundamentals support our view that the modest widening in the trading band will have a limited impact on the Moroccan economy in the near term.” adds BMI.

Morocco’s move to liberalize its currency prompted public fears of a similar scenario to that of Egypt. In this sense, BMI came to echo Bank Al Maghrib reassurance, stating that “this contrasts with the Egyptian example, where the weak economic backdrop forced the government to sharply devalue its currency in November 2016 amid the Central Bank of Egypt’s inability to defend the peg.”

For BMI, this gradual liberalization is in line with Morocco’s economic ambitions, which consist in transforming the economy into an investment and trading hub between Europe and Africa.

In recent year, Morocco has eased capital controls, in a bid to become more attractive for foreign investors. “The liberalization of the dirham will enable further relaxation of these currency controls over the coming years, which will be a boost for investor sentiment,” comments BMI.

At a time when Morocco is seeking to increase exposure to African markets, “this move will also prove positive for trade diversification.” 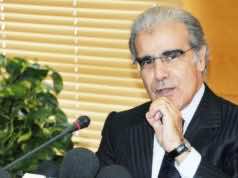