Rabat - If you believe in extraterrestrial life you might enjoy this: a group of scientists has analyzed two meteorites found in 1998 and both contain compounds necessary for sustaining life. 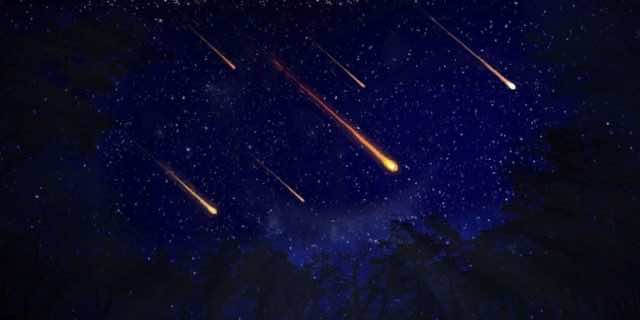 Rabat – If you believe in extraterrestrial life you might enjoy this: a group of scientists has analyzed two meteorites found in 1998 and both contain compounds necessary for sustaining life.

The analysis was carried out through an international collaboration of scientists at the United States Department of Energy’s Lawrence Berkeley National Laboratory. They revealed that the two space rocks, discovered in Morocco and Texas, contain hydrocarbons, acids, and other organic substances. More importantly, however, the meteorites were found to carry water within them, the most essential element for life.

The conclusions were published on January 10 in the American journal, Science Advances.

In 1998, two rocks from outer space forced their way into Earth’s atmosphere, one hitting  Morocco while the other landing near a basketball court in Texas. (It was not revealed where exactly the meteorite smashed into Morocco.) Twenty years later, scientists are now questioning a possible connection between these meteorites and life on another planet.

“This is really the first time we have found abundant organic matter also associated with liquid water that is really crucial to the origin of life and the origin of complex organic compounds in space,” said Queenie Chan, a planetary scientist.

Chan, who was the study’s lead author added that the scientists are still looking at the organic substances that “can lead the origin of life,” reported British news outlet, The Express.

The  National Aeronautics and Space Administration (NASA) has been taking care of the meteorites since 1998.