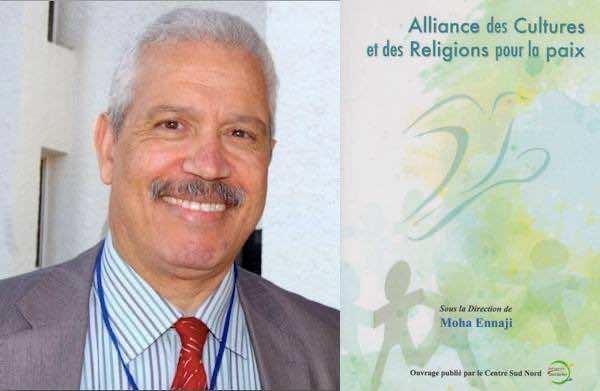 Published by the South-North Center for Intercultural Dialogue and Migration Studies in Fez, the book includes 12 chapters in French, English and Arabic.The book deals with the means to strengthen the role of cultural and religious dialogue in the consolidation of modernity and democratic culture while emphasizing the human and social dimension. The book and proposes to open new avenues for reflection and other perspectives for the debate on the necessity of the alliance of cultures and religions for a global peace.

It shows that the Amazigh culture in particular and the Moroccan culture in general have always hosted other cultures with a spirit of openness and generosity.

The book includes the proceedings of the Amazigh international forum organized from 24 to 26 July 2015 in Fez by the Fez-Sais Association, the South North Center, and the Spirit of Fez Foundation in partnership with the Fez-Meknes Region, the BMCE Foundation and the Royal Institute of Amazigh Culture.

The South-North Center, which published book, focuses on intercultural and inter-religious dialogue and the role of culture in the process of democratization and peace building.  It integrates in its approach the social, economic, cultural, religious and political dimensions and dissects the theoretical, methodological and practical aspects of multiculturalism.

Moha Ennaji is a Moroccan linguist, author, political critic, and civil society activist. In addition to his publications in linguistics, he has written on language, education, migration, politics, and gender, and is the author or editor of several books. His writings have also appeared in international publications including Common Ground News, Project Syndicate, Al-Safir, Al-Ahram, Khaleej Times, Japan Times, The Boston Globe and in many Arabic journals.