Morocco World News
Home Economy Morocco Will Not Achieve $1,000 Per Capita Income by 2030

Rabat - Unequal distribution of wealth and insufficient regional social equity make it highly unlikely that Morocco will achieve a per capita income of USD 1,000 per month by 2030, said Nizar Baraka, president of the Social Economic and Environmental Council (CESE). 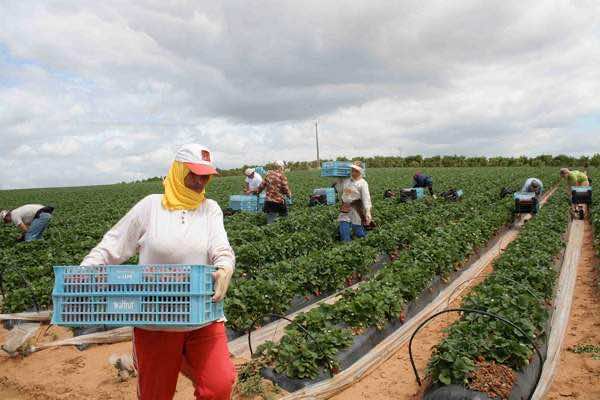 Rabat – Unequal distribution of wealth and insufficient regional social equity make it highly unlikely that Morocco will achieve a per capita income of USD 1,000 per month by 2030, said Nizar Baraka, president of the Social Economic and Environmental Council (CESE).

While the overall wealth of Morocco more than doubled between 1999 and 2013, from 5.904 billion dirhams to 12.833 billion, representing an average annual increase of 5 percent, the country will inescapably experience more financial social disputes.

Generally, this is because of the worrying number of the unemployed, of whom no less than 1.7 million have never attended school.

Nationally, unemployment rates increased from 9.1 to 9.3 percent, and grew from 13.4 to 14 percent in urban areas in early 2017, according to the figures published by the High Commission for Planning (HCP).

Unemployment is projected to worsen in 2018, as the national economy will slow down by 2.6 percent during the first three months of the year; the remaining 9 months largely dependent on rainfall, says the HCP.

Beyond unemployment, the average Moroccan spends barely two minutes reading per day, which considerably reduces creativity and innovative skills, making it very challenging to find employment outside of the traditional job market, according to the same source.

“At the regional level, Morocco suffers poor distribution of wealth and poor social equity,” he said.

Nizar Baraka cited the variable prices of gas containers as a pertinent example of the socio-economic disparities in Morocco.

“Gas containers, sold at MAD 43 dirhams in urban areas, can cost up to MAD 70 in rural Morocco, reaching up to MAD 100 when weather circumstances worsen, and this is but one example.”

In 2016, 49.96 percent of rural residents told representatives from the HCP  that they live in extreme poverty.

This regional gap is likely “to destroy” citizen confidence in elected officials and in the political system, said the former Minister for General Affairs during the Abbas El Fassi government.

Though a previous report by the Arab Investment and Credit Guarantee Corporation (SAGIC) shows that from  2003 to 2016 Morocco received 888 new projects, creating 241,772 jobs in 698 companies. According to Baraka, the fruits of these investments have not been distributed equally.

This is due to dysfunctions in the management of investments, both foreign and domestic, “which would take more than 15 years to be overcame,” Baraka indicates.

Even if the country deploys effective policies to reduce disparities and unemployment, “Morocco will certainly not make an economic leap by 2030.”

“It is impossible,”  he says, to achieve a per capita income of USD 1,000 per month in the next fifteen years. “We must not delude ourselves.”