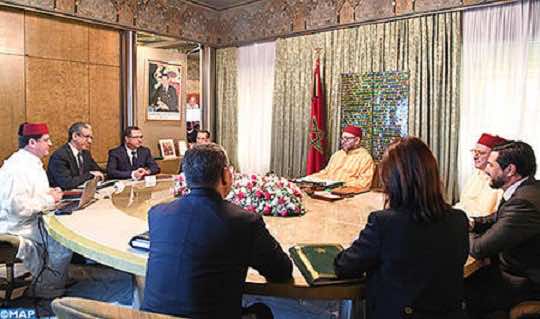 During the meeting, which took place in Casablanca’s Royal Palace, Mustapha Bakkoury, managing director of the Moroccan Agency for Sustainable Energy (MASEN), presented a review of achievements from the end of 2017 and the various projects planned for the 2018-2020 period.

The projects are aimed at enhancing Morocco’s potential in the field of renewable energy “in order to reach the expected target of increasing renewable production capacity to 42 percent by 2020, an intermediate step to achieve the level set by the King; 52 percent in 2030,” described a statement by the royal cabinet.

The director’s presentation also featured measures to “speed up the implementation of synergistic approaches by actors from the national energy institutional system, following the completion of the reform of the development of areas, where renewable energy projects are being implemented.”

During the meeting, King Mohammed VI asked about the positive socio-economic benefits of the energy sector, especially in terms of investment, training, job creation, technology transfer, and the development of more sectors where renewable energy projects can be implemented.

The meeting also reviewed the implementation progress of MASEN’s international strategy and its development in Africa in particular.

“King Mohammed VI gave his high instructions” to the institutions in the Moroccan renewable energy ecosystem to speed up the integration of the national strategy and consolidate Morocco as a leader in Africa, as well as at the regional level to make renewable energy a real lever of South-South cooperation and a vector of development for the countries of sub-Saharan Africa with a proven renewable potential,” according to the royal cabinet statement.