Casablanca   -  The national team of local players have qualified for the semi-finals of the African Nations Championship (CHAN Morocco-2018) of football, after their victory over Namibia (2-0), Saturday night at the Mohammed V stadium in Casablanca. 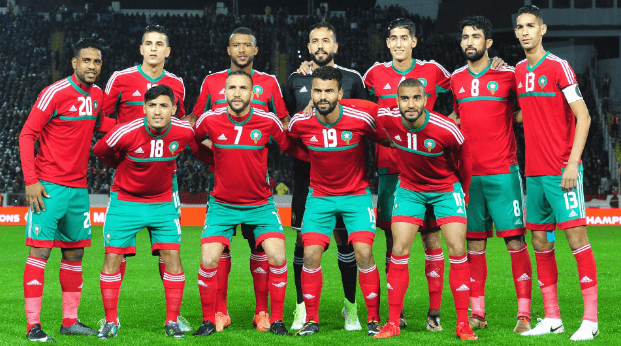 Casablanca   –  The national team of local players have qualified for the semi-finals of the African Nations Championship (CHAN Morocco-2018) of football, after their victory over Namibia (2-0), Saturday night at the Mohammed V stadium in Casablanca.

At the 55th minute, Morocco doubled the score through a fantastic goal netted by Salah Eddine Saidi.

Today’s win was the host’s third victory in the tournament after having defeated Mauritania and Guinea in the first phase of the competition.

The Atlas Lions will know their opponents in the semi-finals at the end of Sunday’s match between Congo and Libya.

Morocco qualified for this round, finishing first in group A, ahead of Sudan, which will face later in the evening Zambia in Marrakech stadium.