Rabat- Morocco’s House of Councilors reportedly refused to provide the National Coalition for the Preservation of the Arabic Language “any form of subsidy” during a meeting on February 5, attended by only 3 of the eleven members of the office. 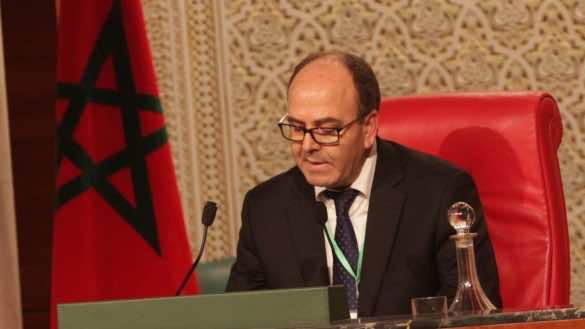 Rabat- Morocco’s House of Councilors reportedly refused to provide the National Coalition for the Preservation of the Arabic Language “any form of subsidy” during a meeting on February 5, attended by only 3 of the eleven members of the office.

The Coalition, which is mostly backed by the Party of Justice and Development (PJD), had requested a grant to support its fifth National Congress of Arabic Language, expected to take place March 9-10, according to sources cited by Moroccan news outlet Maghreb Intelligence. While the Coalition did not disclose the solicited amount, it is thought to be around several hundred thousand dirhams.

After the Council’s decision, Fouad Bouali, the head of the National Coalition for the Preservation of the Arabic Language, expressed his regret regarding “the position adopted by an institution that is expected to represent the nation and support all activities that involve cultural, intellectual, and linguistic issues.”

“This is the first time we asked for a grant to organize the 5th edition of the congress, we didn’t expect our request to be denied as the council is used to fund other activities despite being limited in scale,” Bouali told Morocco World News.

The president of the coalition said he didn’t receive yet an official decision, hoping that the legislative body would reconsider it.

Bouali noted that the annual event of Arabic Language will revolve this year around the “Linguistic choices and the new model of development in Morocco” and will see the presence of many political figures including the head of government Saad Eddine El Othmani, in addition to Moroccan intellectuals and academicians.

Even though the house of Councilors chairman, Hakim Benchemmass, is an executive member of the Authenticity and Modernity Party (PAM) and known for his anti-PJD stance, Bouali refused to give the decision a political dimension.

Eight members of the House of Councilors, among whom are the former Minister of Handicrafts Abdessamad Kayouh and Neila Tazi, an advisor on behalf of the General Confederation of Moroccan Enterprises (CGEM), refused to attend the meeting, according to a report by Assabah.

They have accused Benchemass of putting the House of Councilors under the supervision of PAM, which could “endanger the independence of the Chamber by subjecting it to external directives.”