Rabat - A 13-year-old boy has been officially identified as the first victim of the “Blue Whale Challenge” an infamous social media craze that incites its participants to commit suicide.

Rabat – A 13-year-old boy has been officially identified as the first victim of the “Blue Whale Challenge” an infamous social media craze that incites its participants to commit suicide.

Ibrahim, a 13-year-old middle school student from Benguerir, is “the first victim of the challenge, officially recognized by the authorities,” Al Ahdath Al Maghribia reports in its February 12 edition.

The young boy is currently receiving mental help at the University Hospital of Casablanca, where he is being supervised by a specialized medical committee.

The ‘game’ reportedly consists of 50 tasks to be accomplished over 50 days. It starts by telling its users to wake up at unusual hours to watch horror movies, listen to sad songs, and insult their parents. The tasks get gradually more extreme throughout the 50 days, finally ending with suicide incitement.

The child said that he downloaded the “Blue Whale Challenge” application on his phone out of curiosity.

Jumping from challenge to another, he managed to “win” 30 tasks out of the 50 imposed on him.

“At first, it was easy,” he said. But as the game progressed, the challenges became more and more difficult.

Ibrahim was instructed to carve a whale in his arm using a blade and hammer a nail in his thigh and foot. He had to travel to deserted places in the middle of the night and drive a motorcycle at excessive speeds.

As he advanced in this dreaded “game,” the child was slowly falling into depression. When he realized that the challenges he was taking were no longer just “fun and games,” Ibrahim decided to stop playing along.

He then started received disturbing messages threatening to kill his family, as he had already given details to the game moderator  about his environment, his family and his daily life.

His parents were concerned about his mood shift, as he showed lack of appetite, significant loss of weight, and a lack of interest in his studies.

They decided to take him to see a doctor. And as the nurse in charge was preparing to inject him with serum, she noticed a strange wound, shaped like a whale on his arm.

The nurse immediately alerted her superiors, prompting a general mobilization within the Benguerir public hospital. The local authorities were then alerted and the boy had to be transferred to Marrakech for a more appropriate follow-up and then on to Casablanca.

Ibrahim is currently in good hands, the paper says.

The local authorities have held a meeting with the security services and health services of the city to prevent the repeat of such a tragedy.According to Assabah newspaper, two Moroccan children were victims of the game in late 2017.

The first alleged victim of the game, was a 8-year old boy from Hay Mohammadi, Casablanca, and the second was a 12-year-old girl from Casablanca’s Douar Rhamna.

Many teenagers, across the world have fallen prey to this dreadful challenge. The game was reportedly created in 2013 by its alleged mastermind Ilya Sidorov, a 26-year old Russian postman.

Sidorov was arrested in June 2017 by Russian authorities. Since its creation, the game caused 130 deaths in Russia, while in Algeria, 5 children aged between 11 and 16 have  taken their own lives. 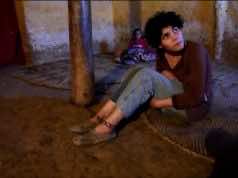 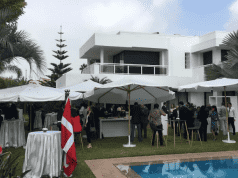 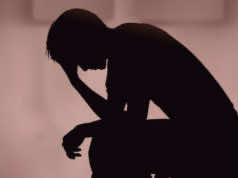