Rabat - Moroccan international striker Youssef El-Arabi has expressed his desire to win a spot on Morocco’s squad for the 2018 World Cup. 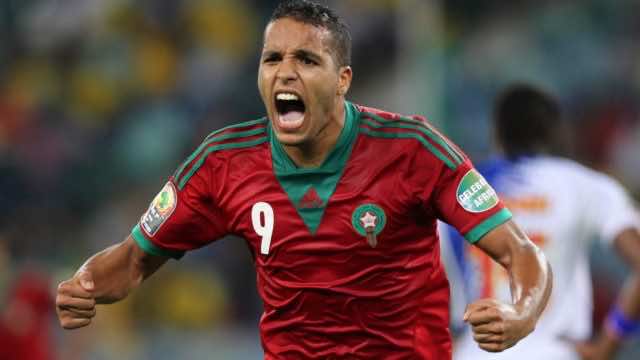 By
Safaa Kasraoui
-
Feb 25, 2018
Spread the love
Rabat – Moroccan international striker Youssef El-Arabi has expressed his desire to win a spot on Morocco’s squad for the 2018 World Cup.

The footballer, who is currently playing for Qatari club Al-Duhail, said in an interview with the German Press Agency (DPA) that he is looking for an opportunity to play for Morocco during the 2018 World Cup.

“Any footballer dreams of defending the colors of his country at the World Cup,” said the footballer.

The 31-year old El Arabi added that his fate is in the hands of Morocco’s national football team coach, Herve Renard.

El Arabi has been delivering notable performances with his Qatari team, scoring 21 goals during regular season play in Qatar’s League.

“I hope I will be in Russia. I do not want to send a message to the coach to let me in. I am focusing on my level in the Qatar championship, and I am doing my best to evolve in order to convince the coach.”

According to Al Arabi, “whatever happened, I will respect Renard’s decision.”

Born in France, El Arabi has chosen to represent Morocco on the international level before. The footballer made his debut with the Atlas Lions in 2010 during three Africa Cup of Nations tournaments. The footballer also played for Saudi Arabia’s Al Hilal club and for La Liga club Granada in 2012.

Many Moroccan footballers have expressed their desire to represent Morocco in the 2018 World Cup, including Hicham Mastour Adel Taarabt, who has been calling on Renard to select him for play in the global tournament.

Taarabt told beIN Sports, “I did well with Genoa to be able to rejoin the Moroccan team,” adding that “the Moroccan squad played good matches […] I hope to be invited by Herve.”