Rabat - A group of Portuguese entrepreneurs will visit Morocco next week to explore business opportunities offered in the country.

Rabat – A group of Portuguese entrepreneurs will visit Morocco next week to explore business opportunities offered in the country.

The event will be marked by business-to-business meetings in Casablanca between representatives of Moroccan and Portuguese enterprises.

Economic relations between Morocco and Portugal have evolved in recent years with trade volume reaching EUR 1.4 billion in 2016. Morocco is Portugal’s  largest trading in the Arab world, and its second largest partner in Africa.

For its part, Portugal moved up eight places from the 2014 list of Morocco’s highest-volume trade partners in 2016. Portuguese operators are opting more and more for conducting business in Morocco. To date, 200 Portuguese companies have established themselves in the kingdom in different sectors of activity.

During the two-day event, the two countries signed more than twelve agreements and declarations of intent, including a memorandum of understanding on triangular cooperation. 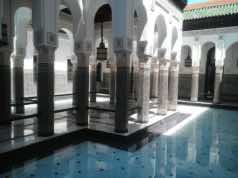