Rabat - After questioning Moroccan journalist Taoufik Bouachrine, who is being arrested for sexual assault allegations, the public prosecutor in Casablanca decided on Monday that it will present the suspect before the court for several charges, including human trafficking. 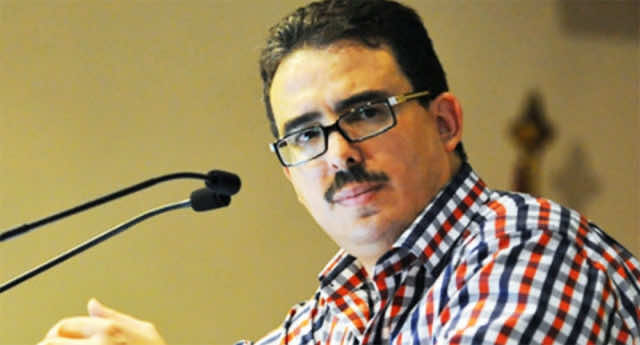 Rabat – After questioning Moroccan journalist Taoufik Bouachrine, who is being arrested for sexual assault allegations, the public prosecutor in Casablanca decided on Monday that it will present the suspect before the court for several charges, including human trafficking.

“After being interrogated in the presence of his defense about the offenses attributed to him, the public prosecutor decided to issue an order to transfer [Bouachrine], who is under arrest to the Criminal Chamber for being suspected of committing crimes of human trafficking, the exploitation of people in need, and the abuse of power for sexual purposes,” read a statement made by public prosecutor on Monday.

Bouachrine will appear before the Criminal Chamber on March 8.

Bouachrine is also suspected of other crimes, including violent rape and attempted rape.

“These are the alleged acts, [Bouachrine] committed against eight victims,” added the public prosecutor’s statement.

The communiqué added that there nearly 50 tapes of the sexual assault incidents recorded on a hard disk and a digital video recorder.

Earlier today, the lawyer representing Bouachrine, Mohammed Ziane, denied sexual assault charges against his client, stating that “his arrest was spectacular, and this proves it is not for a sex case.”

Bouachrine, who is the director of Moroccan newspaper Akhbar Al Yaoum and Alyaoum24 news outlet, was arrested on Friday, February 24.

On Saturday, the General Office of the Public Prosecutor released a communiqué indicating that Bouachrine was arrested on charges of sexual assault.

Several women interns were summoned by the public prosecutor as part of the ongoing investigation. According to a statement by the prosecutor, interns and current employees have filed sexual assault complaints against Bouachrine.

Bouachrine’s arrest occurred three weeks after several women filed complaints against him, according to an unidentified source who spoke to the Moroccan newspaper Assabah.

The source added that the public prosecutor ha proofs that would “surprise the public opinion.”